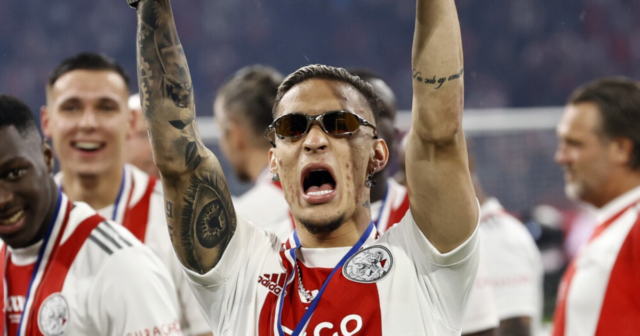 And Christian Eriksen, who made a name for himself at Ajax, joined on a free transfer following his six-month spell at Brentford last season.

United had also hoped of reuniting Ten Hag with Antony, 22, who is rated at £59million by Ajax.

However, according to Football Insider, Man Utd could miss out on Antony with rivals Liverpool approaching Ajax over the player.

Whether Liverpool will pay Ajax’s £59m demands are yet to be seen.

The club have already forked out a club record transfer fee on Darwin Nunez.

The Uruguayan joined from Benfica, where he netted 26 league goals last term.

Salah also operates in Antony’s favourite position, out wide on the right-hand side.

The winger says it’s down to the Dutchman’s intense and detailed training sessions.

He said: “Erik ten Hag is an incredible manager, with lots of eye for detail.

“The team is the most important to him, but every player becomes better due to his training sessions.

“Since my arrival he gave me so much confidence, I am thankful for that and I respect him a lot.”

And he may be right. United have taken to Ten Hag’s approach really well.

The Red Devils have scored 11 and conceded twice in three pre-season games.

Rivals Liverpool were beaten 4-0 in Thailand, and wins against Melbourne Victory and Crystal Palace followed.