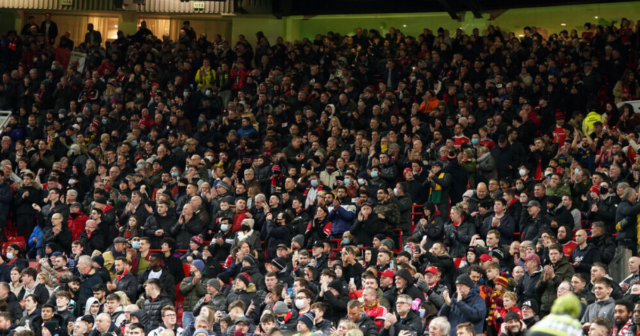 MANCHESTER UNITED have sent fans an email warning them about discriminatory behaviour after a Wolves player was mocked for his height.

It is believed the club were alerted to the abuse by a United fan who was upset with the language used.

Manchester United sent the email out to a group of fans

The individuals responsible have not been identified due to the incident being reported post-match so United have sent an email to fans sitting in that area of Old Trafford.

As reported by The Athletic, it read: “Thank you for your attendance at the Premier League fixture between Manchester United and Wolverhampton Wanderers on 3rd January 2022.

“The club have been made aware that a section of the crowd at this fixture used discriminatory language that was directed towards a Wolverhampton Wanderers player in relation to his height.

“In the event that you should witness this type of prohibited discriminatory or offensive behaviour please ensure you report this via manutd.com/seered.”

Did you miss our previous article…
https://www.sportingexcitement.com/football/premier-league/chelsea-make-33m-bid-for-frenkie-de-jong-with-barcelona-open-to-selling-holland-ace-but-want-50m-for-flop-midfielder