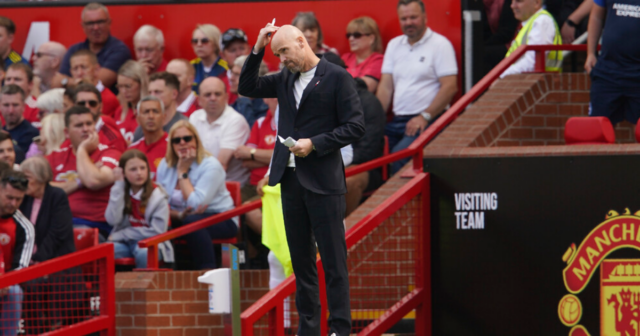 ERIK TEN HAG’S era at Manchester United could not have gotten off to a worst start, and the fans have made their thoughts clear.

A Pascal Gross brace has seen United start off their season poorly by going 2-0 down at home.

Ronaldo looks on from the bench

Ten Hag named Cristiano Ronaldo on the bench for his first-ever game.

Instead, he opted to go with Christian Eriksen as a false nine, but thus far this approach has not beared any fruit.

United were battered 4-0 the last time they played Brighton in last season’s finale.

And that result is threatening to to rear its head, with Brighton enjoying an excellent performance in the opening 45 minutes.

Did you miss our previous article…
https://www.sportingexcitement.com/football/premier-league/former-arsenal-and-tottenham-target-isco-signs-for-sevilla-on-free-transfer-after-real-madrid-exit/