Man Utd have IMPROVED under Solskjaer, claims Kleberson despite humiliating defeats to Liverpool and City
Advertisement 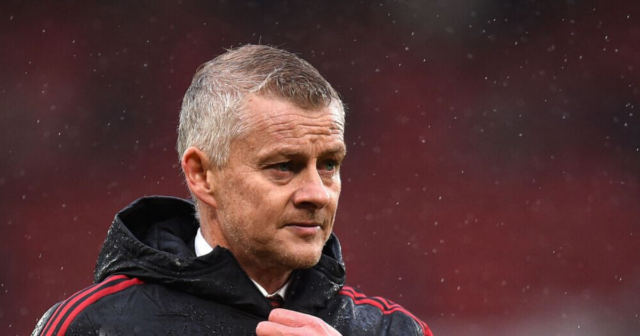 FORMER Manchester United star Kleberson has backed Ole Gunnar Solskjaer and argues the players are to blame for the recent bad form.

He points to United’s response to the Liverpool defeat – the 3-0 win over Tottenham – as a sign that Ole Gunnar Solskjaer can turn things around.

And instead, Kleberson, who played alongside Solskjaer at Old Trafford, has blamed a lack of quality for recent defeats to Liverpool and Manchester City.

Kleberson told Paddy Power: “If you go back to the Liverpool game, when Manchester United lost, everyone was saying that it’s time to change the manager.

“The team wasn’t playing well, but United responded incredibly against Tottenham Hotspur. And now, after the Manchester City defeat, people are asking for a managerial change again.

“People have been asking questions about Ole Gunnar Solskjær’s future for a long time, but in my opinion, he’s done a good job, and has done exactly what he’s been asked to do.

“It’s a difficult task to manage this club and get the best out of the team every week.

“When Manchester United are playing well, it’s because the entire team are performing highly and demonstrating their quality. Obviously, the players are a big part in that, but the manager is too.”

Kleberson also points to the recent change in formation as a sign that Solskjaer is doing a good job.

The move to five at the back led to the win over Spurs and a respectable draw at Atalanta, with Solskjaer now experimenting to see if Jadon Sancho can operate in the right wing-back role.

And though United were dominated by City using the formation, Kleberson puts that down to a lack of quality, not the manager’s tactics.

He added: “Manchester United have changed formations, a call that Ole had to make.

“He selects the team; he chose to play three at the back against Tottenham. They looked more aggressive off the ball, played well on the counterattack and applied pressure in the Tottenham game.

“Against Manchester City, that didn’t work, players were below par, and City dominated.

“The Manchester City game was extremely tough, they didn’t have much of the ball, but when they had the ball, the quality wasn’t there.

“Despite losing to City, it doesn’t mean Ole needs sacking.

“He has worked hard to improve this team. They have quality players and are great on the ball. Off the ball is where they can improve. If they do that, they’ll start winning and life will be easier for the club and fans.”