Man Utd have put Aaron Wan-Bissaka on transfer list and will allow him to leave in summer, claims Paul Parker
Advertisement 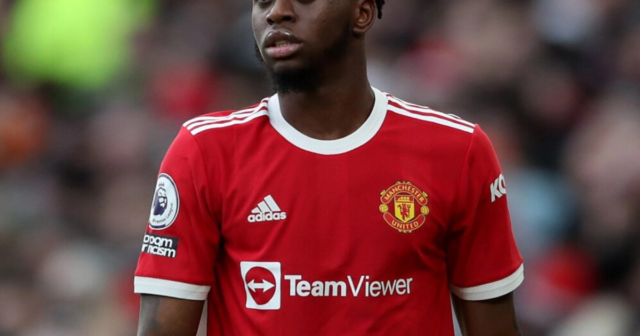 AARON WAN-BISSAKA could be on the way out of Manchester United this summer, with reports suggesting that he has been transfer listed by the Old Trafford club.

Commenting on rumours of the former Crystal Palace ace’s potential departure, ex-Red Devil Paul Parker believes it is a ‘shame’ that things have not worked out.

But he has since struggled for form, at times being displaced by Diogo Dalot this term.

Speaking to BonusCodeBets, Parker said: “If it is that way (that he’s transfer listed), it’s a shame.”

“But the bonus for him is that he has gone and done it. He has been there and he has done it, so experience-wise, he’ll be a better person after being there, as long as he keeps his head right, and not take it as a negative.”

“Because the negative could have been if he had turned it down, saying he was content playing for Crystal Palace.”

Parker, 57, believes that a lack of consistency at Man United has scuppered Wan-Bissaka’s development.

He added: ““It’s just a shame that his tenure at Manchester United has been in a very, very unstable time for him.

“So he hasn’t been able to build any confidence or pattern of play and just get close to anything like a structure in his game, playing with someone in front of him on a regular basis. Like me when I played, I had Andrei Kanchelskis in front of me.”

“He never had that opportunity.”

Reflecting on Wan-Bissaka’s previous spell in South London, Parker continued: “I was a big fan of his when he was at Crystal Palace, but I was looking at him as a defender and I just thought he was fantastic.

“When he did go forward at Palace, he was okay, because he used to play as a winger.

“But what the likes of Crystal Palace, then under Roy Hodgson, wanted from a full-back, compared to Manchester United were different.”

“In that sense, Manchester United took him on as a defender.

“They like what he did defending, and then they tried to throw him into another role as full-back and he isn’t equipped to do that.”

Did you miss our previous article…
https://www.sportingexcitement.com/football/premier-league/carlos-corberans-passion-and-sir-alex-ferguson-documentary-driving-unbeaten-kings-huddersfields-bid-for-premier-league/

Advertisement. Scroll to continue reading.
In this article:thathe, theway, thissummer