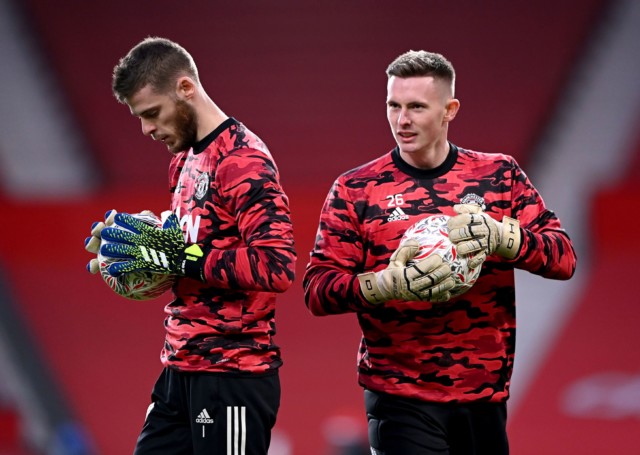 PARIS SAINT-GERMAIN goalkeeper Keylor Navas is reportedly being tracked by Manchester United after his future was thrown into doubt.

Gianluigi Donnarumma is set to sign for the Ligue 1 club when his AC Milan contract expires, potentially leaving Navas on the bench.

The Costa Rican star has impressed throughout his spells with Real Madrid and PSG, winning a league title with each and three Champions Leagues with the Spanish giants.

Yet, having been replaced by Thibaut Courtois in Madrid, he looks set to once again become the victim of his club seeking a bigger name in between the posts.

Therefore Navas could be set for a move with Marca naming AC Milan, Juventus and Manchester United as keen on his services.

Milan are about to lose Donnarumma with Juventus said to be wanting a new face to challenge Wojciech Szczesny after waving goodbye to Gianluigi Buffon.

Premier League runners-up United are set for a busy summer and a decision will need to be made on the futures of Dean Henderson and David De Gea.

As the club’s top earner, De Gea is an expensive substitute if Ole Gunnar Solskjaer does not trust him as the full-time first-choice.

However, SunSport revealed last week that the Spaniard wants to stay and fight for his spot.

Likewise, England star Henderson is intent on proving himself to become No1 for club and country.

United are already on the verge of signing Tom Heaton on a free transfer after leaving Aston Villa.

Atletico Madrid shot-stopper Jan Oblak is another option interesting the Red Devils if they continue to look to the market.