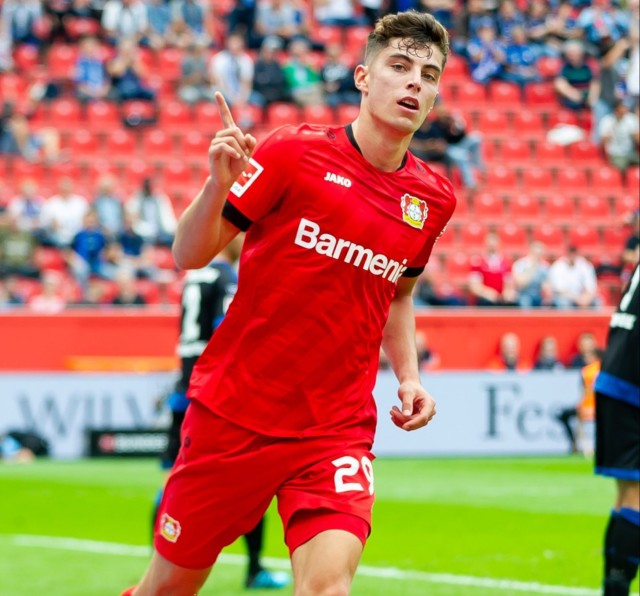 MANCHESTER UNITED are leading the race for Germany’s next big thing — Kai Havertz.

The Red Devils think Bayer Leverkusen’s talented forward Havertz, 21 next week, is exactly the kind of young all-round player they want for the future. 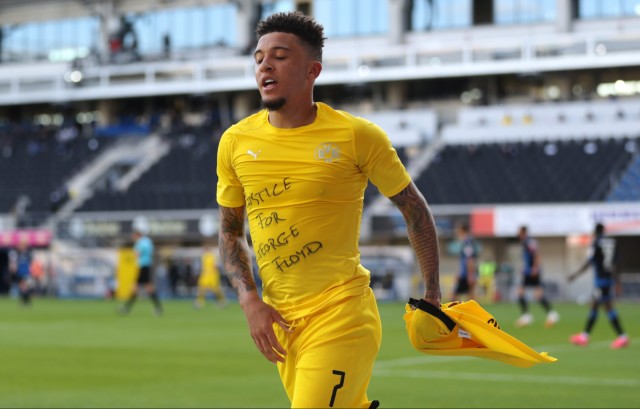 Jadon Sancho, who would cost Man Utd £100m-plus, hit a treble for Dortmund on Sunday, when he also unveiled a ‘Justice for George Floyd’ shirt

Manager Ole Gunnar Solskjaer is already working on a swoop for England attacker Jadon Sancho, who bagged his first ever hat-trick as he returned to Borussia Dortmund‘s starting line-up in a 6-1 Bundesliga rout of Paderborn.

But now it could be a double raid on the Bundesliga.

United want to proceed in the summer as they know Havertz’s value will only increase.

They are expected to start with a £50million offer but may need to go further to get their man.

Havertz has caught the eye with his goals for Leverkusen this season — he has 15 strikes in all competitions.

But United believe he can play wide in a front three as well as through the middle.

United see former Manchester City youth player Sancho, 20, playing down the right, so Havertz would probably be on the left — with Marcus Rashford through the middle.

A twin swoop for the Bundesliga’s brightest stars would not come cheap, though.

Sancho on his own is going to set the Old Trafford club back £100m-plus.

Solskjaer knows United have been short in attack. It was the reason the Norwegian brought in Odion Ighalo.

But the Nigeria star’s loan officially expired on Sunday night after NO agreement was reached for an extension with his parent club Shanghai Shenhua.

United had doubts over the cost of the deal for the 30-year-old striker.

Did you miss our previous article…
https://www.sportingexcitement.com/football/premier-league/brendan-rodgers-plots-king-power-dress-rehearsals-to-get-leicester-used-to-empty-stadiums-before-champions-league-push