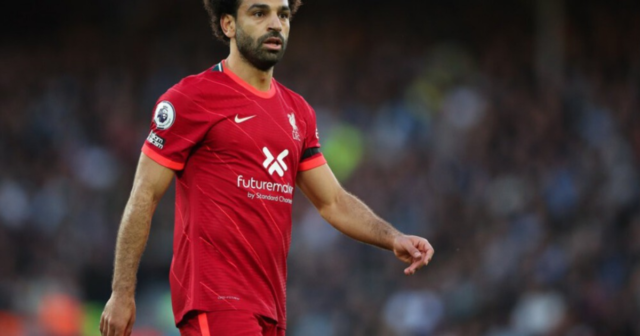 GARY NEVILLE believes Mohamed Salah will want to leave Liverpool to join one of Europe’s elite clubs in the future.

The Sky Sports pundit hailed the performances of Salah since he returned to England and what he brings to the Premier League.

But he can see the Egyptian emulating other Premier League stars who excelled and could not resist the lure of Real Madrid or Barcelona.

Neville feels Salah will want to play for a club like that in the future to add to his footballing CV.

In a live fan debate on The Overlap Neville said: “I don’t think he (Salah) will stay at Liverpool for the rest of his career.

“It’s my personal view. It’s always been that view but I could be wrong.

“I just think you look at someone like Cristiano Ronaldo, David Beckham, Kylian Mbappe, it’s not all about the money.

“I think Salah’s got to experience Real Madrid, the Bernabeu – Real Madrid are going to come back, by the way.

“I know it’s not great at the moment at Barcelona and Madrid but Salah is similar to those I’ve just mentioned, I think he has to have that on his CV at the end of his career.

“I think he’s done an unbelievable job at Liverpool.

“I’ve just always felt he wants a Paris [Saint-Germain], a Real Madrid, a Barcelona and I think he’ll go and get it.”

If Salah does want to move to one of Spain’s major clubs he may have to be patient.

Barcelona are embroiled in financial turmoil and could be restricted to free-agent transfers next summer.

As for Real Madrid, they have prioritised the purchase of Kylian Mbappe after failing to land the Frenchman last summer, so they may not be ready to attempt a Salah transfer just yet.

Meanwhile, Salah’s agent has reportedly flown to Liverpool to open contract negotiations over a proposed new deal worth £500,000 a week.