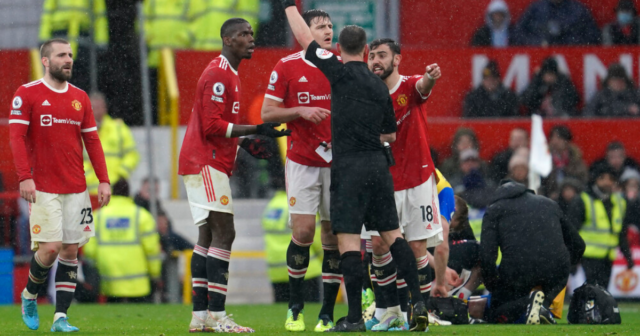 GARY NEVILLE claimed he knows who is behind the ‘disgusting’ dressing room leaks that are undermining Manchester United.

A number of stories from within the Old Trafford camp have been exposed in recent weeks under Ralf Rangnick’s leadership.

Neville is furious with the fact details from the squad are being revealed to the press – and suggested he knows which players and representatives are responsible.

Speaking on his Sky podcast, the former right-back said: “I remember when I joined Sky and we had the Champions League in the early years, and I went over to Napoli to do a game involving Chelsea.

“It was when Andre Villas-Boas was their manager and he left out Frank Lampard, Michael Essien, Ashley Cole – four or five prominent players.

“That is what managers tend to do in their final days at a club, as they see it as a free hit.

“I remember sitting there at lunchtime with our team and they were getting messages of team news being leaked and the manager being slagged off, and I sat there thinking ‘does this actually happen’?

“Players agents and PR teams were briefing the media on a matchday about what was going on inside a club, and it was the first time I had seen it and known for it to happen – it really unnerved me.

“That is happening at Manchester United now – they are at it, the PR teams, the agents and the marketing teams, as a self-preservation for their own player.

“But what they do not realise is that unfortunately, when they go to the media then those media people go to us – so we know who is briefing.

“The reality is that we do not like it, but we know who it is.

“We are not going to throw people under a bus here because we have that journalistic respect – but they are it in the same way that Chelsea were all those years ago.

“They need to stop it and work as hard as they can.”

Recent reports implied there are divisions within the playing staff as cliques strengthen.

Rangnick’s training methods were labelled as ‘old fashioned’ while others are said to dislike the 11v11 match scenarios at Carrington and would prefer specific drills to improve skills.

And in a further leak, Rangnick’s assistant Chris Armas – who takes many of the sessions – gets called Ted Lasso in reference to the hapless TV comedy character football coach.

Neville added: “I thought that was downright disrespectful on Friday – I did not find it funny at all.

“That they were describing Ralf Rangnick’s number two as Ted Lasso was not funny at all and not only was it disrespectful, but I found it disgusting.

“It sums up what I think of them: that they are disrespectful.

“I think if I was Ralf Rangnick and his number two, I would gain strength from that because I would not want to be on the same page of some of those players who are leaking those types of stories.

“That never happened in my time but we had the greatest level of stability.”

Neville is also unhappy with how things are going on the pitch, too.

He saw his beloved side let another lead slip on Sunday as Southampton left Old Trafford with a well-earned point as Luke Shaw and Harry Maguire came under particular criticism.

Neville tweeted: “Breaking every rule in the book here United on how to chase a goal!

“Don’t give fouls away, don’t give the ball away, don’t force it, don’t lose your discipline and chase the ref etc etc!”

The Red Devils sit fifth in the Premier League table but are just one point clear of Arsenal who have two games in hand. 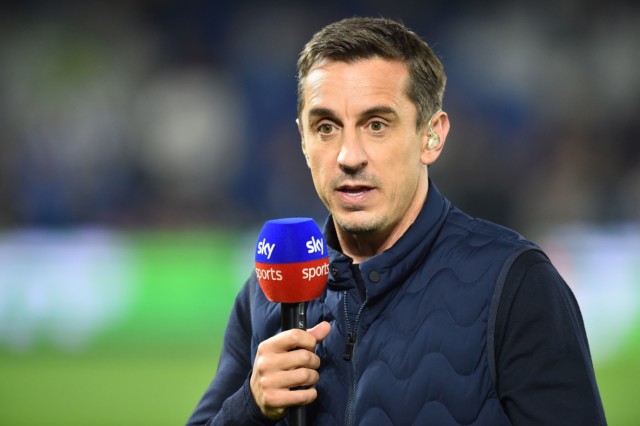 Gary Neville hit out at the players and PR agents who leak the stories
Advertisement. Scroll to continue reading.

Did you miss our previous article…
https://www.sportingexcitement.com/football/premier-league/leicester-star-youri-tielemans-has-not-rejected-a-contract-offer-says-rodgers-as-prem-giants-circle-for-belgium-star