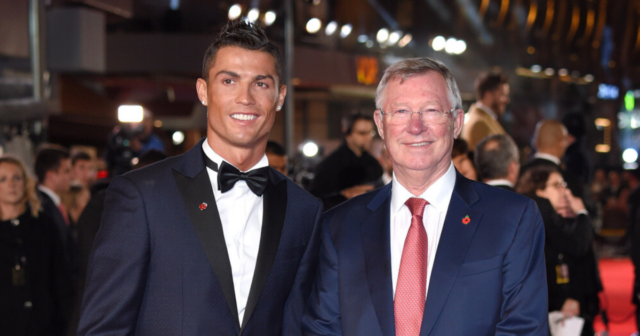 The 36-year-old Portuguese superstar made a sensational return to Old Trafford in the summer 12 years after leaving for Real Madrid.

He has hit the ground running at Man Utd, netting five goals in the first seven games of his second spell.

Ronaldo also recently broke the men’s international goalscoring record as he has taken his tally to 115 goals in 130 games.

Prior to that, the five-time Ballon d’Or winner netted 36 times in 44 matches for Juventus during his final season with the Serie A side.

And Ferguson, who was said to be instrumental in convincing Ronaldo to return to United, believes his performances over the last 12 months should see him scoop the award for a sixth time.

Speaking to Marca about who should win the coveted prize in 2021, the legendary coach said: “Cristiano Ronaldo deserves the Ballon d’Or.

Ronaldo, who remains good friends with Ferguson, is currently one behind Lionel Messi when it comes to the number of Ballon d’Ors he has collected during his illustrious career.

Messi is the bookies favourite to scoop the award in 2021 following his 38 goals for Barcelona last season and Copa America glory with Argentina.

The 33-year-old Pole was nailed on to win the prize last year after netting 55 times in the 2019-20 campaign, only for the ceremony to be cancelled due to the coronavirus pandemic.

He then followed that stellar season up with 48 goals last season and already has another 15 in 11 matches at the start of the new campaign.

Other players in the frame to win the Ballon d’Or include Liverpool star Mohamed Salah and Chelsea duo Jorginho and N’Golo Kante.