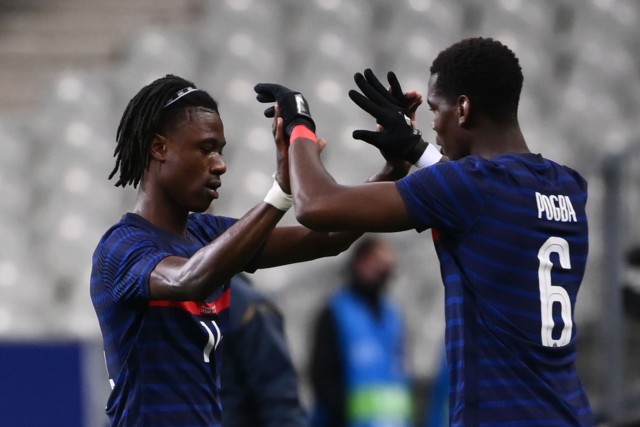 Reports say the Red Devils have ‘put in place’ a mechanism to sign the 17-year-old as interest in him rises.

The two Frenchman, a decade apart in age, are entangled in speculation involving Man United and Real Madrid 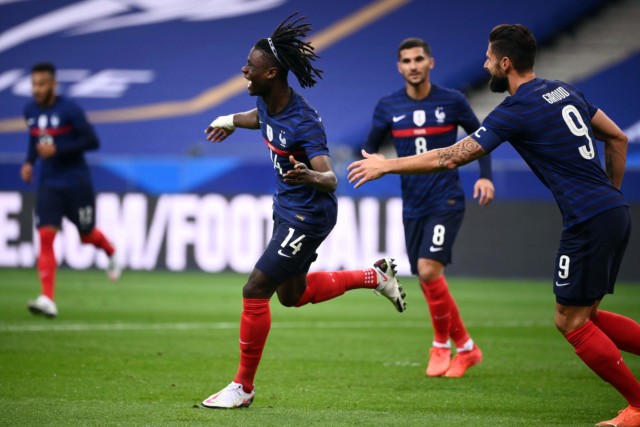 Camavinga, 17, is quickly picking up admirers in the football world for his performances for club and country

He is seen as a potential replacement for countryman Pogba, whose contract runs out in 2021, although the Manchester club have the option to extend it for another year.

The United midfielder did little to play down speculation Real Madrid could be his next destination, saying last week it would be a ‘dream’ to go to the Bernabeu ‘one day’.

But with Madrid also interested in Camavinga, it sets up a potential battle with United over the two Frenchmen.

Spanish outlet AS report that United are putting the building blocks in place to sign the young midfielder from Rennes.

His contract runs down in 2022 and and he has already turned down a renewal from the surprise Ligue 1 league leaders.

Ole Gunnar Solskjaer’s side are reportedly ‘posing a threat’ to Real Madrid, who have long had ambitions to capture Camavinga.

Boss Zinedine Zidane is believed to have expressed an interest months ago in the young ace and the club are also preparing to make a move.

It is believed only the financial implications of the Covid-19 pandemic stopped the Spanish giants going all out for him in the summer window. 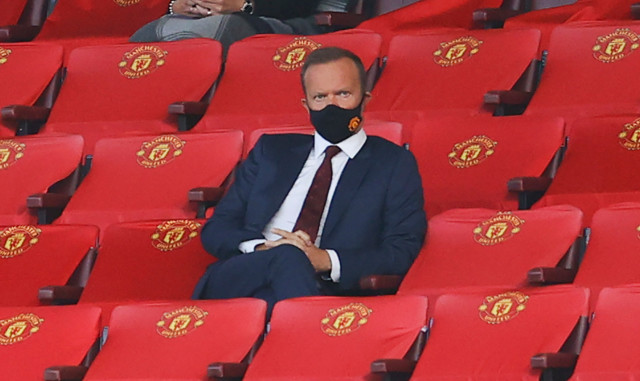 United chief Ed Woodward was criticised for his efforts in the transfer window, but is making inroads with his pursuits of young players

Paris-Saint Germain and Juventus are also reportedly to be interested in the Rennes man, whose value rose after a stunning goal for France last week.

The competition to secure the player is complicated by the future of Camavinga’s French international team-mate Pogba.

United want the teen to replace their midfielder, but could potentially end up with nothing with the 27-year-old speaking highly of Madrid.

“Today, I am still at Manchester United and I am fighting to try to take the club even higher.

“We have all heard these things that have been said. What to respond?

“Yes, all footballers would like to play for Real Madrid. Maybe it is a dream. It is a dream for me, why not one day?

“As I have said, I am at Manchester United and I like my club. 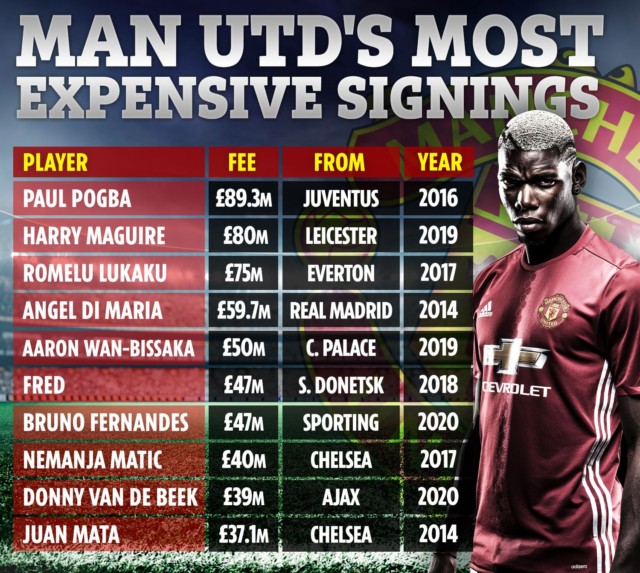 “I am performing at Manchester United, I am enjoying myself and I want to do everything I can to get the club back to where it deserves to be.”

AS reports that United are resigned to losing Pogba, making Camavinga a top priority.

He could join other young stars like Facundo Pellistri and Amad Traore who have recently come to Old Trafford.