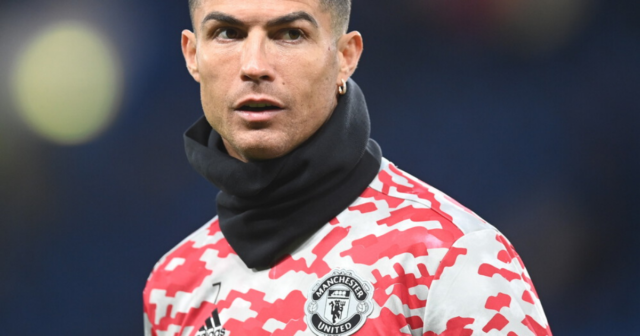 The former Red Devil, 42, spoke about Michael Carrick’s bold decision to drop Ronaldo to the bench against Chelsea.

Cristiano Ronaldo was dropped to the bench for the match at ChelseaRalf Rangnick must find a way to include Ronaldo in his team, says Jonathan Greening

Greening hinted at a potential reason behind that selection choice and warned Rangnick that he must use the “world-class” talent of CR7.

He told MyBettingSites: “There’s usually a reason why players are not in the starting eleven.

“They might have been sloppy or lazy in training or turned up late to a session.

“All these factors come into play so first and foremost he (Rangnick) has to take a good look at the players in training and see what their daily habits are like and assess it from there.

“We all know he wants to play a full press and demands high energy and high intensity, and Ronaldo might not fit that bill.

“But he [Rangnick] may have to find a way to play with him, with the rest of the team pressing around him (and) with Ronaldo not pressing as much.

“Having a world-class player like him and not using him would be criminal.”

Ronaldo has only missed one match for United since his return to Old Trafford last summer, in the defeat to West Ham in the Carabao Cup.

He was dropped to the bench once too, by Ole Gunnar Solskjaer for the match against Everton – the Norwegian explained he left Ronaldo out to “freshen up” the team.

But his role in the squad could be changed with Rangnick’s arrival.

The German has built a reputation for his high-pressing style, which could better suit the likes of Jadon Sancho, Marcus Rashford and Mason Greenwood.

Ronaldo,meanwhile, has been criticised for his lack of pressing ability this season.