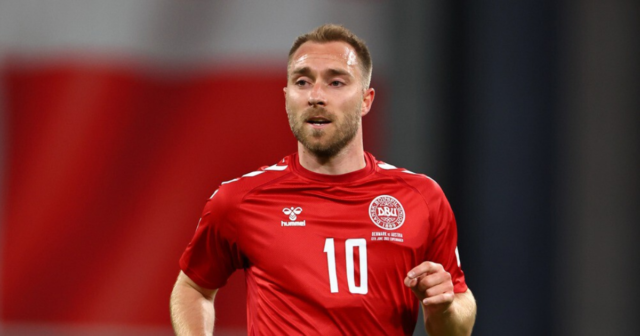 MANCHESTER UNITED are yet to complete a signing this summer, with the Old Trafford faithful voicing their concerns across social media at the lack of decisive moves the club have completed.

With pre-season training already underway, new manager Erik Ten Hag will not be satisfied with the lack of new arrivals, especially with the likes of Nemanja Matic, Jesse Lingard, Juan Mata and Paul Pogba already gone.

Man Utd have been in talks to sign Eriksen
The club have reportedly offered him a £150,000-a-week contract

The Red Devils have been linked with Antony, Frenkie De Jong and Jurrien Timber, and look set to sign Tyrell Malacia, however, Christian Eriksen would be the one player that the side should not have a problem with signing before the team fly out to Asia for their pre-season fixtures this week.

Spending the second half of the Premier League 2021/22 season at Brentford, the Danish playmaker achieved four assists, one goal and 30 key passes in 11 league appearances.

His experience in the top-flight of English football, as well as his ability to read the game, helped Thomas Frank’s side to tick from midfield to attack and provide much needed quality in the final third.

Eriksen being a proven Premier League player instantly helps United to sign him with no hesitation, as there are always concerns of whether a potential signing would have difficulties settling into a
new club or not.

On top of that, Ten Hag will want players who can adapt or already have a good understanding of what is required to take part within his style of play.

The 30-year-old played at Ajax between 2010 and 2013, at a football club where the philosophy has always been the same, so should have no problems there.

Spending seven long years at Tottenham Hotspur, the attacking midfielder scored 69 goals and provided 90 assists in over 300 appearances in all competitions for the Lilywhites.

During his time at the club, playing at the highest level of his career under Mauricio Pochettino, he established himself as one of the best creators and set-piece specialists in the Premier League as well as Europe.

From his debut in English football to his departure for Inter Milan in 2020, he created the most chances (571), the second most big chances (73) and scored the most goals outside of the box (23), while also being compared to the likes of Eden Hazard, Kevin De Bruyne and Mesut Ozil.

The arrival of Eriksen would result in a possible upgrade on Bruno Fernandes, who has shown his inconsistencies as a number 10 over the last 12 months and is regarded more as a goalscorer and a final third player.

Also, the free agent could be utilised effectively down the right flank, with the current options being Anthony Elanga and Jadon Sancho, which may not be enough to overcome tough oppositions that sit in a deep block and with the number of fixtures the side will take part in.

Furthermore, United reportedly have a transfer budget of £120million to spend this summer, which could be reached with the signings of just Antony and De Jong.

On that basis, it makes absolute sense for the side to take a dip into the free agent market and acquire the services of a consistent
and well recognised player, which is where Eriksen comes into consideration with his qualities.

Overall, United signing Eriksen on a free transfer is a no brainer, preventing him from taking Antonio Conte’s Spurs to the next level while strengthening Ten Hag’s team with his technical ability and
creativity.

Not only that, but he has made a name for himself in terms of his versatility over the last five to seven years, having the capability to play as a right-winger, attacking midfielder and a deep-lying playmaker, something that makes him a unique player within the modern era of football.