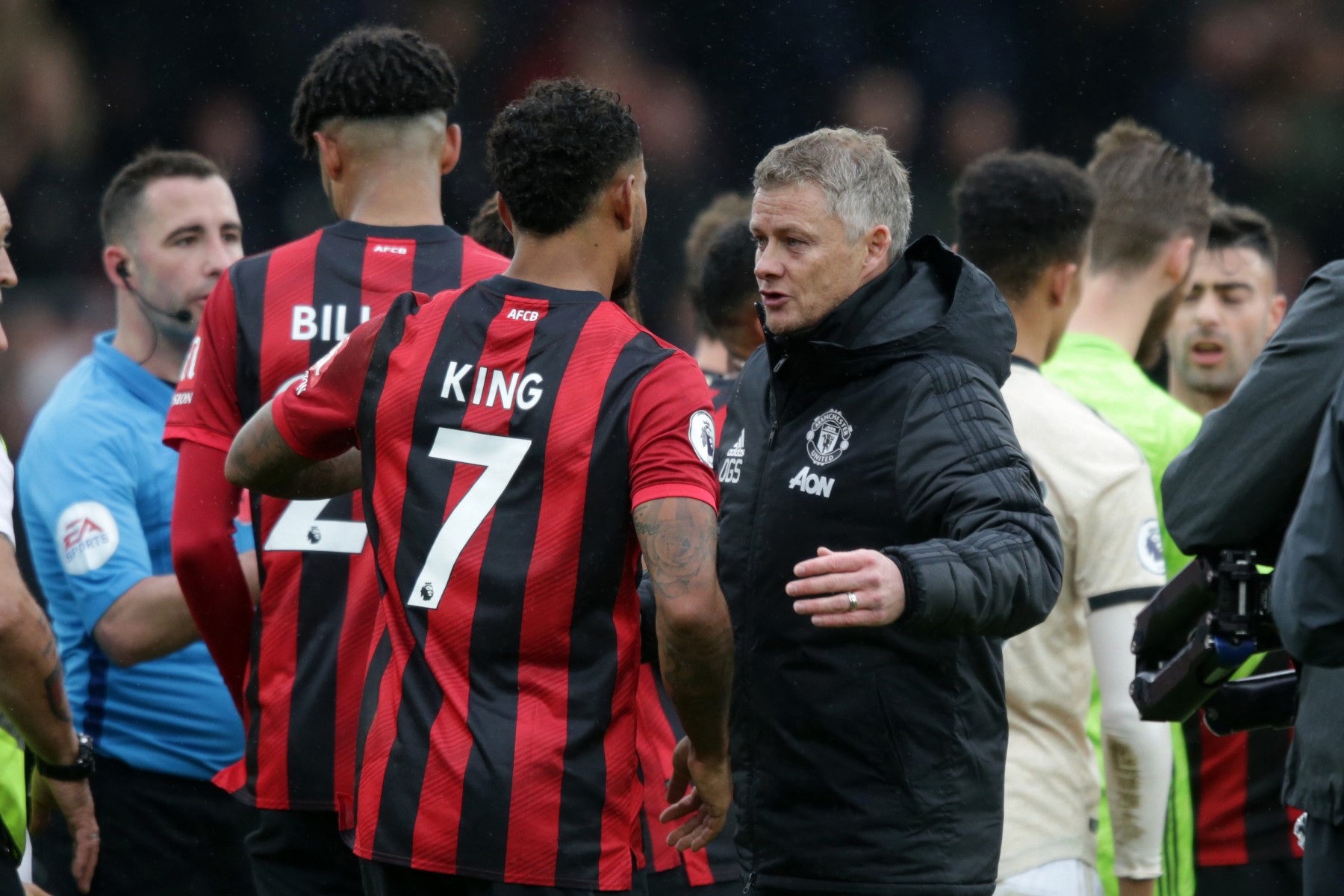 MANCHESTER UNITED could follow up their Deadline Day bid for Josh King amid claims Bournemouth can’t get him to sign a contract extension.

The Norwegian ace has 18 months left on his current deal and while there have been talks over increasing that the two parties appear no closer to an agreement, according to the Telegraph.

King, 28, was said to be keen on a return to Man United in last month’s transfer window as his former club sought cover for the injured Marcus Rashford.

But the Red Devils could not agree a fee with Bournemouth and signed Odion Ighalo on loan from Shanghai Shenhua instead.

King worked with United boss Ole Gunnar Solskjaer in the Old Trafford club’s reserve side but failed to make the breakthrough into the first team, moving to Blackburn in 2013 before joining the Cherries in 2015 ahead of their first season in the Premier League.

However, SunSport revealed on Monday that King had been left frustrated by United’s failure to return to negotiations after an initial 25million bid was rejected and it remains to be seen whether they would revisit a potential deal in the summer.

Their Deadline Day offer was deemed a “joke” by one Bournemouth source in terms of how far below the Cherries’ valuation it was.

It is understood the Norwegian always felt he had unfinished business at the Theatre of Dreams and may have had his head turned by the interest.

King, who last extended in 2017, could now join teammate Ryan Fraser in running down his contract at the Vitality Stadium after the Scotland winger also failed to agree new terms earlier this season.

Bournemouth may be willing to cash in on the forward while they can as he would be free to speak to foreign clubs about a pre-contract agreement in 12 months’ time before leaving for free in the summer of 2021.

King has three goals and two assists in sixteen games for the South Coast club this season but has not featured since December 28 due to a hamstring injury.

Hewas in attendance to watch his team-mates beat Aston Villa 2-1 on Saturdayas Eddie Howe’s side climbed out of the bottom three and up to 16th.