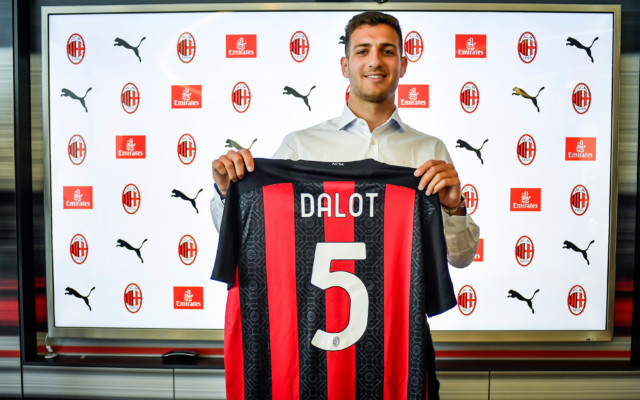 MANCHESTER United outcast Diogo Dalot is wanted by AC Milan for the long-term with the Italian club prepared to make his loan move permanent, according to reports.

The 21-year-old has fallen down the pecking order after the emergence of Aaron Wan-Bissaka.

Dalot moved to Italy on loan earlier this month, but AC Milan may want to make the move permanent.

He left for AC Milan earlier this month but with the side having a busy schedule coming up, he is expected to get much more game time.

Dalot made only a single appearance for United this season in a Carabao Cup win against Brighton before he left for the continent.

Dalot could be set for his debut on Saturday in the Milan derby – if the game goes ahead.

The match is currently in doubt as rivals Inter Milan deal with a Covid-19 outbreak.

Six of their players have had to self-isolate after a positive test, with ex-United winger Ashley Young becoming the latest to be struck by coronavirus.

Dalot will be looking to get into the team if the game goes ahead, but will have to get ahead of Davide Calabria who currently occupies the right-back slot.

But with Europa League games coming thick and fast, he may get his chance if the manager rotates the squad.

Dalot joined United in 2018 in a £19million move from Porto.

He penned a five-year deal putting United in a strong negotiating position if AC Milan do want to enter further negotiations.

Advertisement. Scroll to continue reading.
In this article:Brighton, manchester united