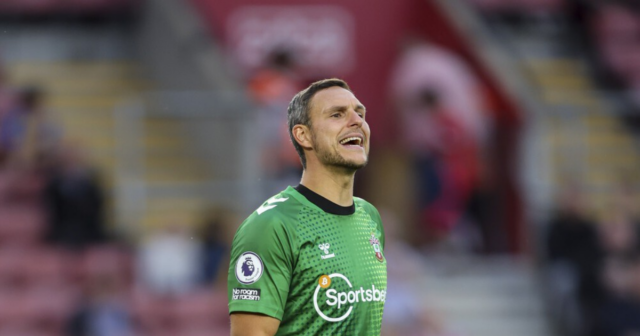 Henderson, 25, has joined Nottingham Forest on loan for the season and hit out at the club for their “criminal” treatment of him last term.

McCarthy is a target for Man Utd

United already have Tom Heaton on their books but Ten Hag wants a goalkeeper who is more capable of providing David de Gea with a challenge.

De Gea remains the No1 at Old Trafford, but Saints stopper McCarthy, 32, is on the shortlist to be his understudy.

The one-cap England international signed a new three-year-deal at St. Mary’s last term but has been bumped to No2 on the south coast by 20-year-old new signing Gavin Bazunu – despite Fraser Forster leaving the club.

Bazunu joined from Manchester City this summer and started ahead of McCarthy on the opening day at Tottenham, where Saints lost 4-1.

No official approach has been made to Southampton at this stage and sources are unsure whether United will make a move given what is described as a scatter-gun approach to business this summer.

The Red Devils are still pushing to sign a forward and a central midfielder before the window closes.

Adrien Rabiot and Frenkie de Jong are the players being heavily tracked to bolster the midfield.

A move for Frenchman Rabiot, 27, looks the more likely out of the two.

United chief John Murtough flew to Turin to speak with Rabiot’s mum, who happens to be his agent.