Man Utd prodigy Joe Hugill, 17, is 6ft 2in striker likened to Harry Kane and tipped by Solskjaer to be in first team
Advertisement 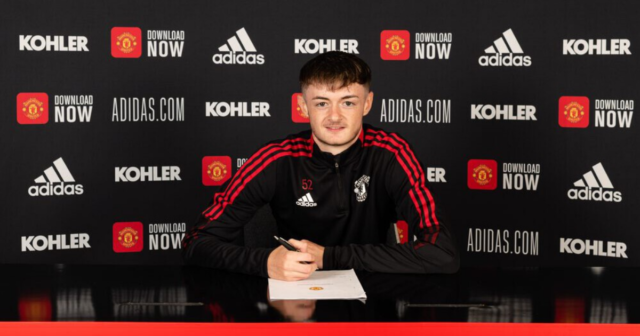 Like those star forwards, the Manchester United wonderkid is blessed with a magical left foot capable of hurting the opposition.

Hugill impressed last season with United’s U21 team in an EFL Trophy win over Rochdale, coming close when he hit the woodwork and scoring the winning penalty (with his right foot) in a shootout after the sides drew 0-0 after 90 minutes.

The 6ft 2in star showed he is a capable target man – as comfortable receiving the ball on the deck as he is leaping for a long ball in the air.

And boss Ole Gunnar Solskjaer has hinted Hugill is closing in on a first-team role after dazzling with four goals in a 6-3 win over Liverpool for the U23 side back in Janary.

Asked whether £36m signing Amad Diallo was pushing for his chance, the Norwegian responded: “We’re going to give him the time to settle in.

And after an impressive year, the striker was given a new contract in July.

He also featured in pre-season friendlies over Derby County and QPR.

Born and bred in Sunderland, Hugill spent his entire youth career at his boyhood club.

In recent years, the Black Cats have produced an incredible array of talent.

England goalie Jordan Pickford and Liverpool captain Jordan Henderson have risen to the top after coming through the ranks in the North East.

Josh Maja made waves in the Sunderland first team before he was signed by Bordeaux, where he thrived in France before joining Fulham on loan last season. 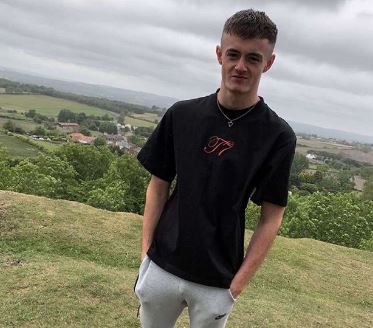 Hugill was born and bred in Sunderland 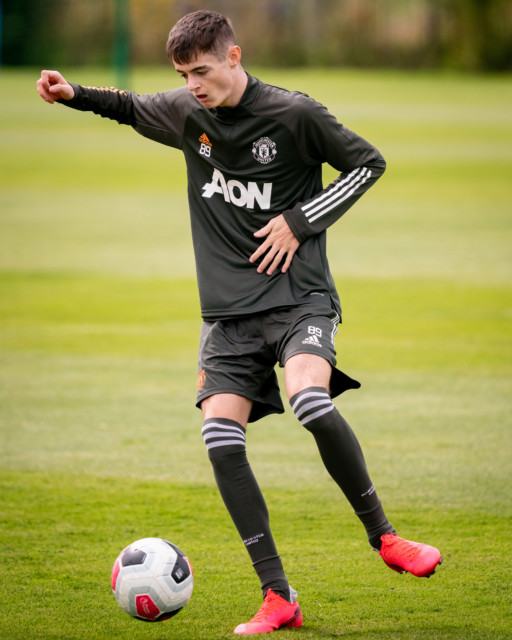 And Sam Greenwood earned rave reviews for Arsenal’s youth sides, after joining the Gunners in 2018 from the EFL League One side, and then earned a £3million move to Leeds United.

Like those mentioned, Hugill shone at the ‘Academy of Light’, playing for both the U18s and U23s.

First thing you’ll notice about Hugill’s game is his touch.

When the ball is played to feet it sticks, and he’s able to bring others into the game with his link-up play.

But there’s also goals to his game too.

On his Premier League 2 debut, with Sunderland rock bottom of the table, he scored twice against West Ham in a 4-2 defeat.

Hugill also scored a hat-trick against Shrewsbury Town in the FA Youth Cup – alerting scouts to his abilities.

Although more slight in build, he has been compared to England hotshot Harry Kane in terms of his style of play.

He’s not blessed with pace, but he certainly knows where the goal is. 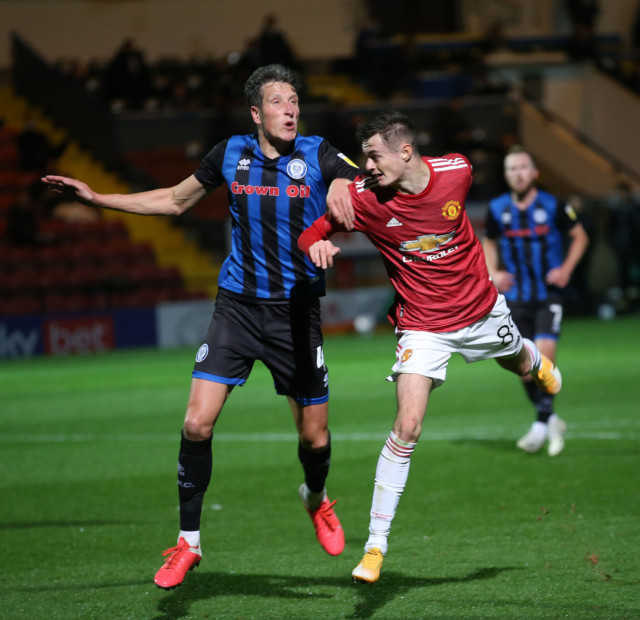 At 6ft 2in Hugill offers a presence in the box 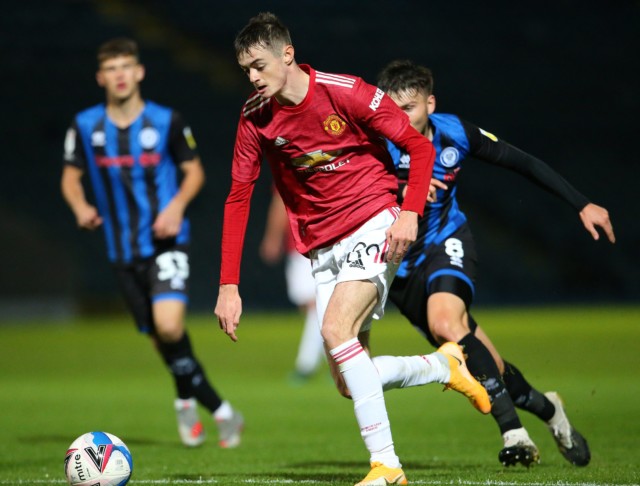 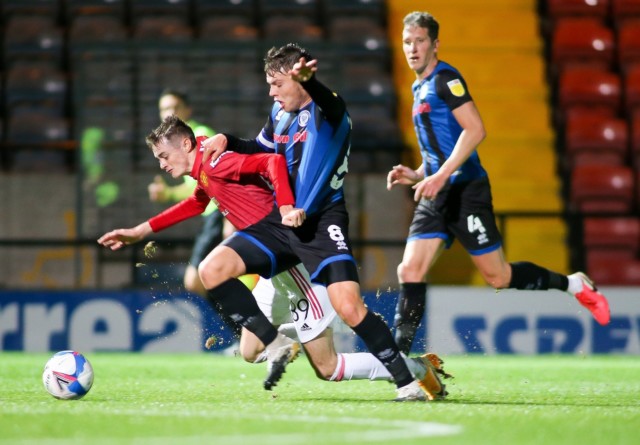 Hugill impressed in the EFL Trophy win over Rochdale

Hugill was seen as one for the future by former head of first team development Nicky Butt.

The graduate of the ‘Class of ’92’ oversaw the arrivals of Tahith Chong, Charlie McCann, France youth stars Aliou Traore and Hannibal Mejbri, Arnau Puigmal, and Largie Ramazani in that role, until Nick Cox took over the reigns last year.

And with his recommendation, Hugill was added to that list of promising youngsters.

Perhaps the class of 2020 can be just as impressive as Beckham, the Nevilles, Scholes and Co in years to come.