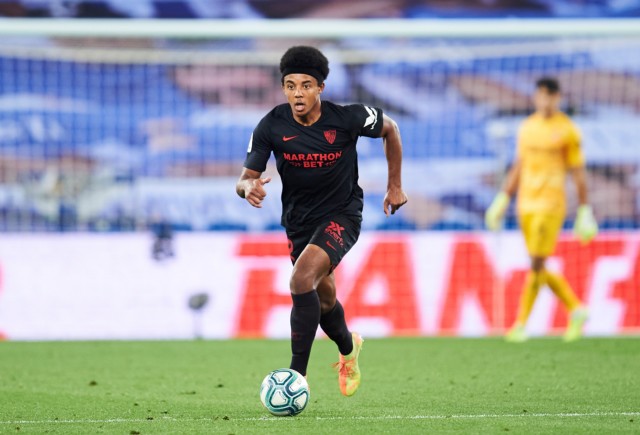 OLE GUNNAR SOLSKJAER is already drafting up his winter wishlist with Sevilla’s Jules Kounde at the top of it, according to reports.

Manchester United are ready to make a move for Jules Kounde

Kounde, 21, was a summer target for Manchester City but Pep Guardiola opted to land Ruben Dias from Benfica instead.

And that has paved way for the Norwegian to make his move, according to the Daily Mail.

Kounde only moved to Sevilla in 2019 from Bordeaux for around £22million.

They slapped a £82m release clause on his contract and the LaLiga side are adamant they will not let him leave for a penny less.

Kounde starred for Sevilla last season playing 40 times in all competitions including in their Europa League final win over Inter Milan.

United’s chase for the central defender depends on whether they can flog their outcasts.

Phil Jones and Marcos Rojo are still on the wage bill while one of Victor Lindelof or Eric Bailly will also likely need to leave.

Solskjaer is looking for a partner alongside Harry Maguire having conceded a staggering 11 goals in their opening three matches.

Kounde has also been earmarked by Real Madrid and Barcelona as a potential transfer but they are unlikely to make their move in January.