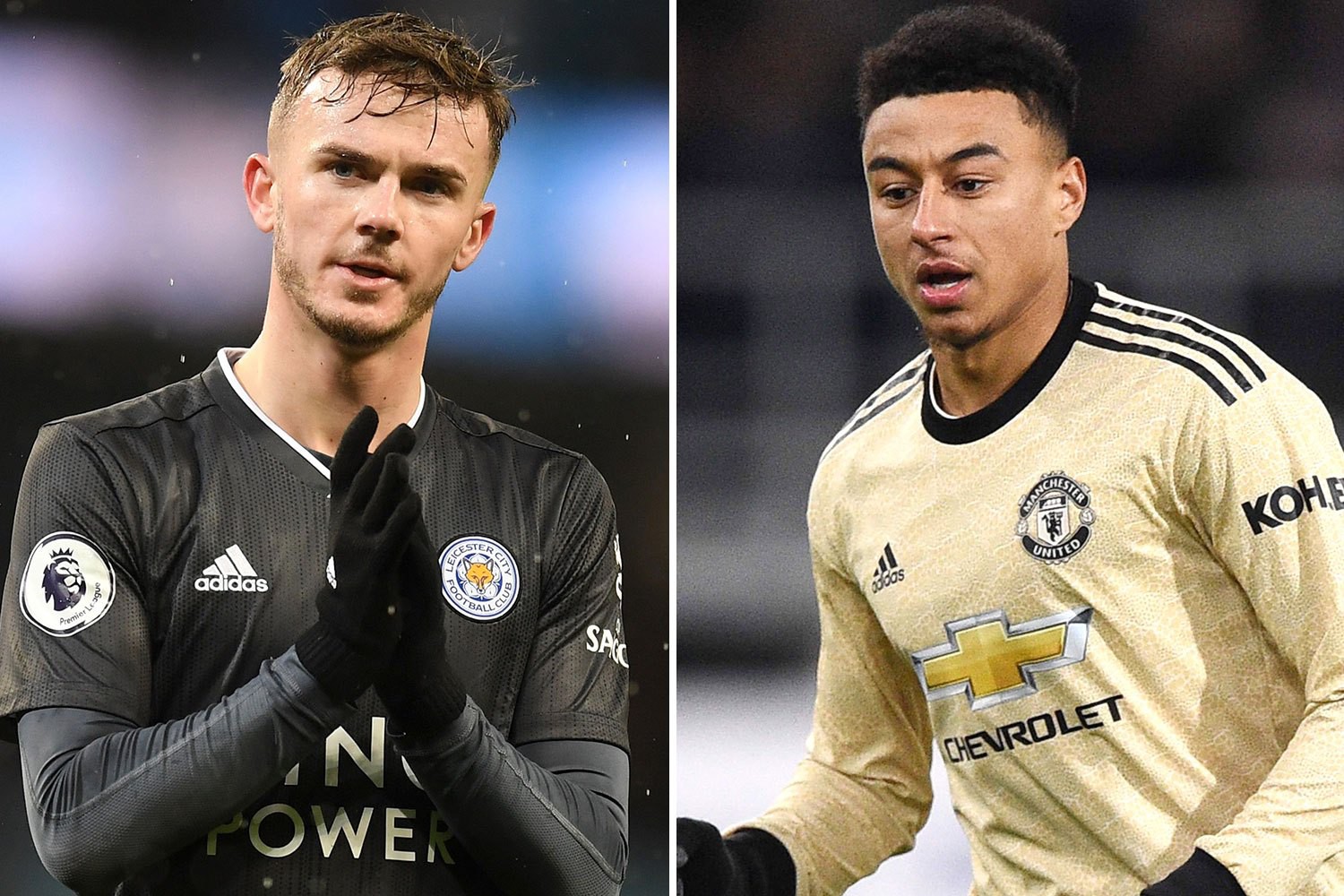 MANCHESTER UNITED are considering an offer of 45million plus Jesse Lingard for Leicesters James Maddison this month, according to reports.

Maddison, 23, has been a target for United since last summer following his excellent debut Premier League season.

The Old Trafford club signed his former team-mate Harry Maguire for 85m but were unable to lure the midfielder away from the King Power as well.

And the Coventry-born star – who joined Leicester from Norwich in 2018 – has continued his fine form this season.

He has scored nine goals – including a stunner against Newcastle on New Years Day – and provided three assists for the impressive Foxes.

Now Ole Gunnar Solskjaer is reportedly ready to go all out to bring the playmaker to Manchester United believing he can provide the extra creativity the side desperately needs.

If Leicester were strongarmed into matching that offer to keep Maddison in the East Midlands, he would overtake Jamie Vardy and Kasper Schmeichel as the clubs top earner.

And according to the Sunday Mirror, United are prepared to sacrifice Lingard to get the deal done.

They value their academy graduate at around 40m, making any potential Maddison deal worth around 85m.

Lingard, 27, endured a difficult 2019, failing to register a Premier League goal and managing just one assist.

And it is that poor form that has seen Lingard replaced in Gareth Southgates England side by Maddison, who made his debut against Montenegro in November.

However, Foxes chief Brendan Rodgers, is adamant that no key players will be sold in January.

His side sit second in the Premier League table and on course for a top-four finish, which would bring Champions League football back to the King Power next season.

United, though, are currently battling with Tottenham, Wolves and Sheffield United in the chasing back behind fourth-placed Chelsea.

He said: Nobody will leave here that we dont want to go.

I think weve had a couple of enquiries in terms of loans and for some of our younger players.

But the players that are always talked about and mentioned, there will be nobody going.

We know if were going to be playing European football next season then were going to need the depth, but January is a very difficult month.