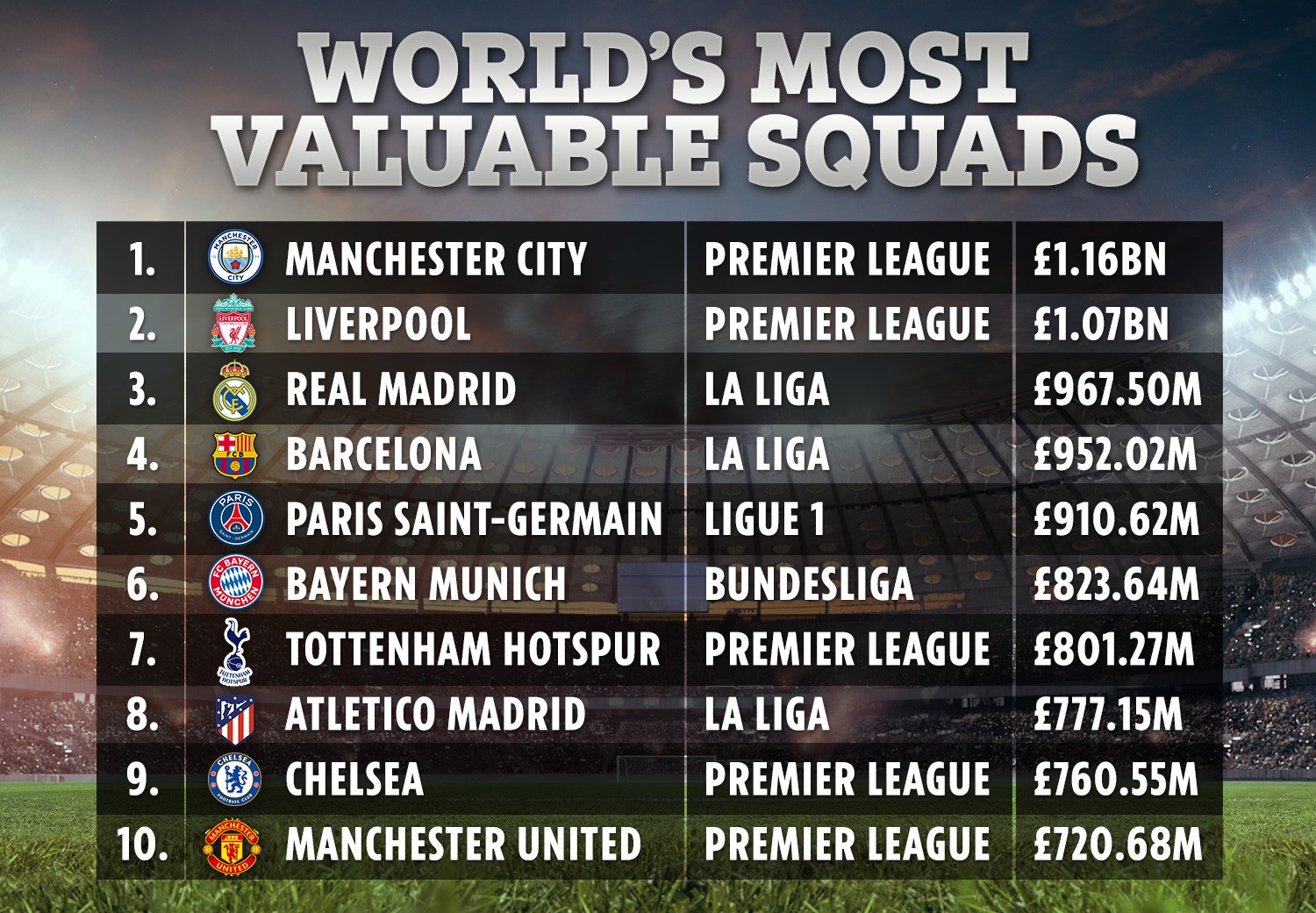 MANCHESTER UNITED’S signing of Bruno Fernandes has elevated them into the top 10 of the world’s most expensive squads.

The Red Devils forked out 55million for the Portuguese international last month to help bolster their midfield options.

Boss Ole Gunnar Solskjaer is prepared to make Fernandes a key cog in his side having started him in the 0-0 draw against Wolves despite joining just 48 hours before.

And although he hasn’t had an immediate impact in the Premier League, his addition meant the Reds have leapfrogged Juventus with their total squad worth.

Despite their struggles this campaign, Solskjaer’s team is worth a whopping 720.68m in total.

Juventus drop to 11th with a total of 686.25m meaning no Italian side are in a top 10 that is dominated by Prem clubs.

Although those values could reverse in the summer if United flog 89m star Paul Pogba back to the Old Lady in the summer.

With information provided by OddsMonkey, unsurprisingly it’s Manchester City who top the bill with a squad total of 1.16bn.

Liverpool are close behind also eclipsing 1bn with the two LaLiga giants Real Madrid and Barcelona sitting in third and fourth.

Paris Saint-Germain, despite boasting the two valuable players in the world in 162m Kylian Mbappe and 198m Neymar, sit fifth with a total squad value of 910.62m.

The rest of the top ten is occupied by Bayern Munich, Tottenham, Atletico Madrid and Chelsea.