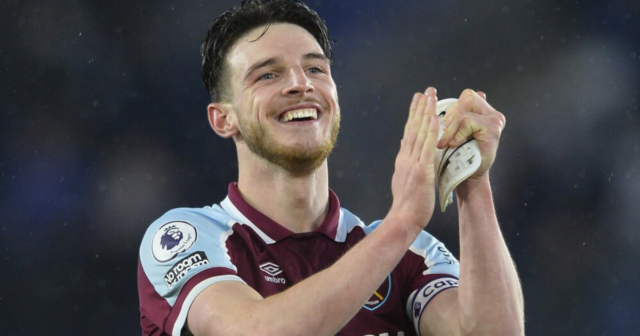 REAL MADRID are set to join the race for in-demand West Ham star Declan Rice, according to reports.

The England midfielder has been heavily linked with Manchester United and Chelsea following his stunning form at the London Stadium.

Declan Rice has plenty of admirers

But the Prem duo could now have strong competition from overseas for Rice’s signature.

Speaking to Wettfreunde, the Italian revealed that if Rice is on the market, Ancelotti ‘will be in the race’.

A move for the Hammers ace will depend on who the Spanish giants are able to shift in this summer’s transfer window.

While Gareth Bale will be leaving the Bernabeu on a free transfer this summer, flops Dani Ceballos, Eden Hazard and Luka Jovic are all set to still be under contract.

It’s claimed that Madrid could be the ‘perfect’ destination for Rice – because Ancelotti ‘loves him in an incredible way’.

The 62-year-old came up against him when his Everton side met West Ham during his 18 months in charge at Goodison Park.

Man United and Chelsea may have an advantage over Madrid, because of Rice’s desire to win the Premier League.

He recently told Gary Neville’s Overlap: “The main one for me is that I don’t want to have a career where I’ve not won anything.

“I’ve grown up seeing all these top players win all the big trophies, like yourself, winning the Premier League so many times and the Champions League.

“I want to win the Champions League, the FA Cups, the League Cups, even stuff with England, I want to win it all.

“As a footballer, if you’ve not got that ambition, why are you playing?”

Rice is under contract at West Ham until 2024, although David Moyes’ side have the option to extend the deal by a further 12 months. 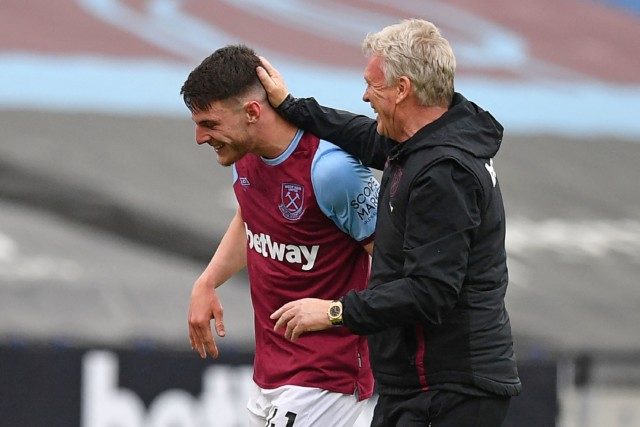