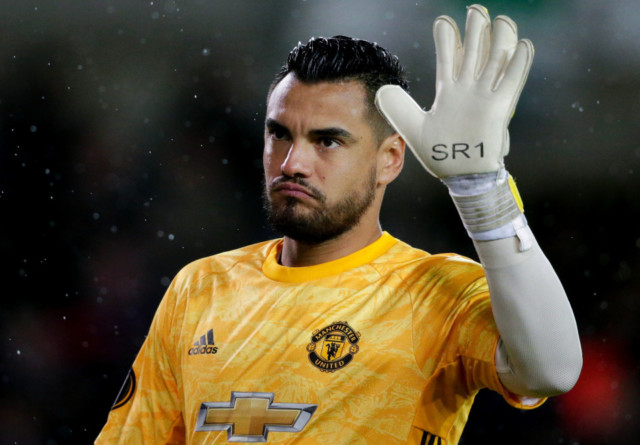 SERGIO ROMERO will reportedly be allowed to leave Manchester United in a cut-price deal in January after he was denied a summer switch.

SunSport exclusively revealed last month that the 33-year-old begged the club to let him leave having fallen further down the pecking order at Old Trafford.

His wife was furious with the club after a move to Everton stalled, as Ole Gunnar Solskjaer’s side haggled over a £5million fee.

The Toffees then turned to Swedish star Robin Olsen, who they brought in on loan from Roma.

With the Argentine shot-stopper set to leave the Theatre of Dreams on a free transfer at the end of the season, United are said to be willing to cash in on him in the New Year.

According to the Mirror, Romero could be allowed to leave should any potential suitor cough up £2.5m.

Romero – who has been omitted from United’s Premier League and Europa League squads – hasn’t featured in a top-flight game since the 2017-18 campaign.

He saw a move to MLS side Inter Miami fall through, forcing him to remain in England until at least January.

The former Sampdoria ace is now training alone at United as he counts down the days until the winter transfer window.

Romero joined United in 2015, but has been limited to just 61 appearances in all competitions.

His highlight at the club came in 2017 when he started in the Europa League final victory against Ajax.

Despite featuring nine times in the tournament last term, David De Gea was preferred instead in the semi-final loss against Sevilla, leaving the goalkeeper devastated.