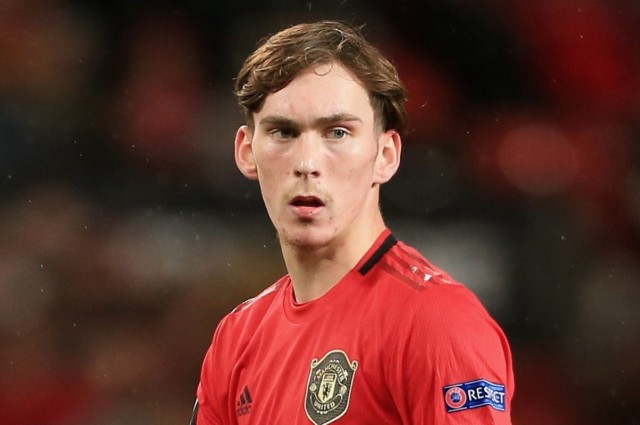 MANCHESTER UNITED are reportedly set to loan out academy midfielder James Garner at the end of the season.

The Merseyside-born teenager has been among Ole Gunnar Solskjaer’s homegrown talents making their way in the first-team, alongside the likes of Brandon Williams and Mason Greenwood.

However, with only a handful of appearances in cup competitions, a spell away from the club to gain experience is thought to be the best option.

According to MEN, a loan stint is inevitable with first-team coach Michael Carrick a big fan of the youngster.

Garner made his United debut in a win at Crystal Palace last season and Solskjaer immediately likened him to the Red Devils’ previous midfield mastermind.

The Norwegian stated: “He knows we believe in him, we’ve got great faith in him as the next Michael Carrick.

“I know he’s young and I know it’s not fair on kids to compare great players like Michael was, but he’s the same mould. He plays simple passes through the lines.

“Michael had the pressure of coming in after Roy Keane, so that’s just the way it is at Man United.”

This season, Garner has bagged eight goals in ten Premier League 2 outings for the Under-23s, despite often starting in defensive midfield.

Appearances off the bench in the Carabao Cup and October’s league victory over Norwich supplemented three starts and a substitute display in the Europa League group stage.

League One side Sunderland were linked with a January loan move for the 19-year-old.

Did you miss our previous article…
https://www.sportingexcitement.com/football/premier-league/rb-leipzig-star-timo-werner-would-rather-wait-a-year-to-seal-dream-liverpool-transfer-than-join-man-utd-or-chelsea-now