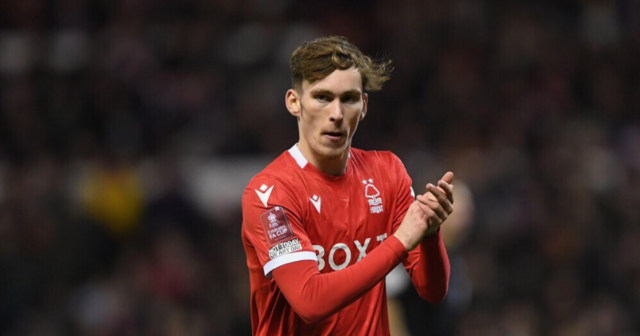 JAMES GARNER hopes to become a first-team player at Manchester United next season but the club is reportedly targeting a midfield signing.

Declan Rice, 23, is rumoured to be a top target for United, who could have a new-look midfield next season.

Paul Pogba’s future is up in the air with his contract expiring at the end of the season, while Donny van de Beek is currently on loan at Everton.

And Garner is hoping he will be given a crack at the first-team next season, according to the Manchester Evening News.

The youngster has spent the last 18 months on loan in the Championship with spells at Watford and Nottingham Forest, where he has impressed.

He won favour with Ole Gunnar Solskjaer with his performances last season and was involved in the senior team for pre-season last summer.

Garner also signed a new contract until 2024 before moving to Forest, where he has starred in FA Cup victories over Arsenal and Leicester.

His form has even attracted the attention of Everton, who were said to be weighing up a January move for the midfielder.

But United will likely want to keep him until the new manager gets a chance to judge him next season.

The next Red Devils boss will likely want to improve his options with Ralf Rangnick, who is set to enter a consultancy role in the summer, supporting the long-term pursuit of Rice.

Rice could leave in the summer if West Ham fail to qualify for the Champions League but the Hammers will demand £100million – despite David Moyes suggesting he is worth more.

Chelsea are also in the fight to sign the England star but may need to offload midfielders first, whereas United would make Rice a key player.