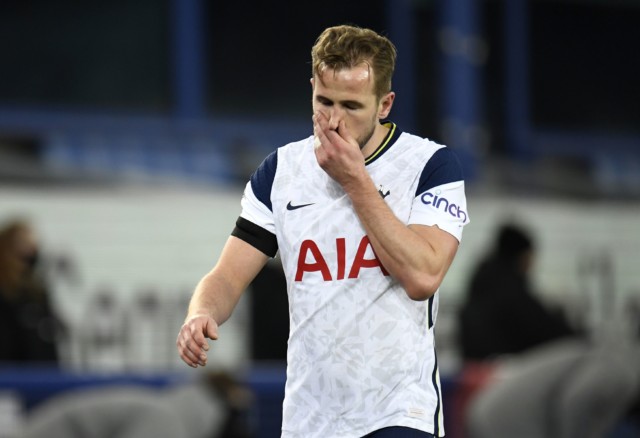 Spurs were rocked yesterday by reports that their talismanic striker wants to leave the club this summer.

The news has sparked other teams into life, with Manchester City, Chelsea and United all having ‘been in touch’ with Kane’s representatives.

And Sheringham, who himself ditched the North Londoners for Old Trafford in 1997, has called on his former club to make sure they win the race for Spurs’ No10.

The 51-year-old told bookmakers.co.uk: “From a Manchester United point of view, if you can get him, then go get him.

“He is the top No9 in the world for me. People talk about [Erling] Haaland who is a very good youngster coming through with unbelievable promise, but Harry Kane is the best number nine in the world.

“From a Manchester United point of view, if you can get him, then go get him.

“Tottenham supporters won’t want to hear that, but they’ve heard it for the last three years – Harry Kane is a big money player, he’s the best and everybody wants him.”

Man City are believed to be Kane’s preferred destination, but it could take a bid of up to £150million to convince Daniel Levy to sell.

But the England skipper would prefer to stay in the Premier League.

Kane, 27, is 95 strikes behind Alan Shearer’s record tally of 260 goals in the competition.

And he is now only 46 off Jimmy Greaves’ record 266 strikes for Spurs.

Should he decide to join Man United, however, Sheringham believes he’ll be signing for a team with ‘stability’ under Ole Gunnar Solskjaer.

Of the job that his old team-mate is doing at Old Trafford, Sheringham said: “He’s doing alright. He’s got Manchester United closer to where they should be, in and around the top four.

“They’re still way off Manchester City and challenging for the league, that’s the next step, but when you see improvement in a football team that’s all you can ask for.

“He’s definitely improved the team since last season, they’re consistent now, they’ve got a chance of winning the Europa League which would be a huge boost.

“Ole has brought that stability now that he’s been there a couple of years, he’s got his feet under the table and people are starting to realise what his understanding of football is.”