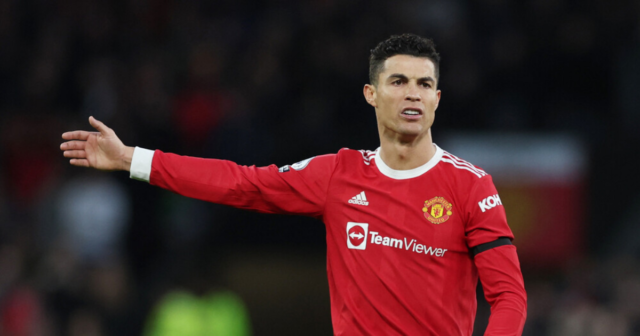 CRISTIANO RONALDO is reportedly “upset” that his Manchester United wages have been cut by 25 per cent.

United’s failure to qualify for the Champions League has resulted in the reduction across the board at Old Trafford.

And the salary slash is one of the reasons Ronaldo has sensationally asked to leave the club, according to Manchester Evening News.

Sources have told MEN the 37-year-old is “upset” his wages next season will drop by a quarter.

Ronaldo penned a contract worth £480k-a-week when he made an emotional return to Manchester United last year.

That will now go down to a basic weekly wage of £360k.

United’s lack of incomings is also said to be another reason he wishes to move on to pastures new.

That’s despite left-back Tyrell Malacia being officially unveiled as a Red Devil today and the club verbally agreeing to sign Christian Eriksen.

Boss Erik ten Hag wants to bring in as many as five new faces before the start of the new season.

Ronaldo though is reported to have become agitated with the lack of business at the beginning of the window.

The forward was supposed to be back in United training yesterday but delayed his return for pre-season due to family reasons.

Instead he has been papped at Portugal’s national training ground in Lisbon.

Ronaldo was seen driving a swanky white Rolls Royce 4×4 as he arrived at the venue.

United insist Ronaldo still has a year left on his contract and is not for sale, but SunSport exclusively revealed Chelsea owner Todd Boehly is keen to bring him to Stamford Bridge.