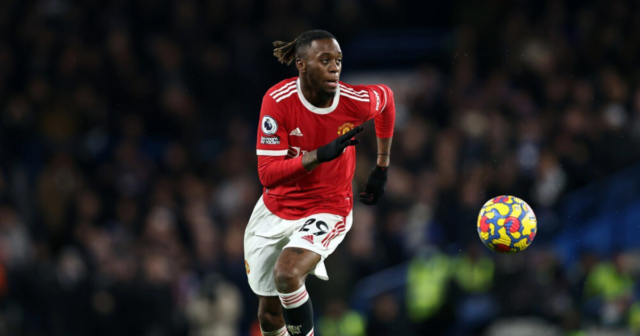 The Manchester United star posted footage to his Snapchat account.

In clips obtained by the Star, Wan-Bissaka films his friends in the back of a car with the red balloon to hand.

He then sits in a hotel room with the other men, as they inhale from the balloons.

One man holds a canister of Smartwhip – which contains nitrous oxide.

At no point in the series of clips does Wan-Bissaka inhale from the balloons.

The Snapchat videos were sent to the 24-year-old’s friends during a recent trip to London.

Wan-Bissaka was in an £8,000-a-night suite at Mayfair’s five-star Grosvenor House last month.

Footage also shows him dining with pals in the hotel’s Hyde Park Suite.

The videos were recorded during the most recent international break on November 13, after United’s Manchester derby defeat to City and before their 4-1 loss to Watford.

Wan-Bissaka joined the Red Devils from Crystal Palace for £50million in 2019.

He has made 117 appearances for United, including 17 this season.

The right-back received one England call-up in 2019, but pulled out through injury.