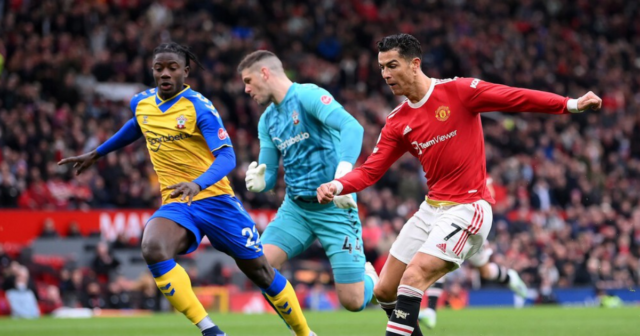 CRISTIANO RONALDO continued his barren scoring run by failing to finish into an OPEN GOAL against Southampton.

The game is live on 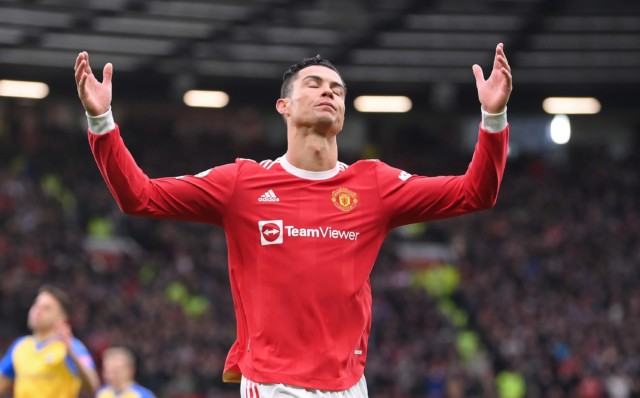 He couldn’t believe it after he fired yet another blank

Just when it looked like he was about to end the longest barren run in front of goal of his career… Ronaldo missed.

Usually such a lethal finisher, his shot towards an empty net lacked any conviction at all.

And heroic defending from Romain Perraud saw him get back in time to intercept the ball as it trickled its way towards the goal-line.

He turned his back in disgust and threw his hands up in the air after failing to bag such a simple chance.

Sancho did score soon after to spare Ronaldo’s blushes, but Southampton hit back in the second half through Che Adams.

The game finished 1-1, making it back-to-back draws for Ralf Rangick’s side.

But perhaps more worryingly for United, it was a SIXTH consecutive game without a goal for the great CR7.

It continues his longest spell without netting since drawing five blanks in a row for Real Madrid in 2010.

He hasn’t scored since United’s 3-1 victory over Burnley on December 30.

Although Ronaldo can’t say he hasn’t had chances to stop the rot.

The guilt-edged miss against Southampton came just days after he fluffed a penalty in the FA Cup against Middlesbrough.

On that occasion he failed to even hit the target as United crashed out to their second-tier opponents.

Did you miss our previous article…
https://www.sportingexcitement.com/football/premier-league/man-utd-fans-vent-frustration-after-anthony-martial-puts-on-dazzling-performance-in-sevillas-laliga-win-over-elche