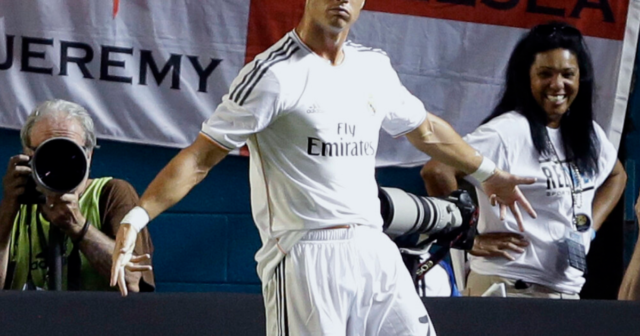 The Portuguese superstar, now 37, is renowned for his trademark jump in the air and swivel move – accompanied by him shouting “Sii” – whenever he scores a goal. 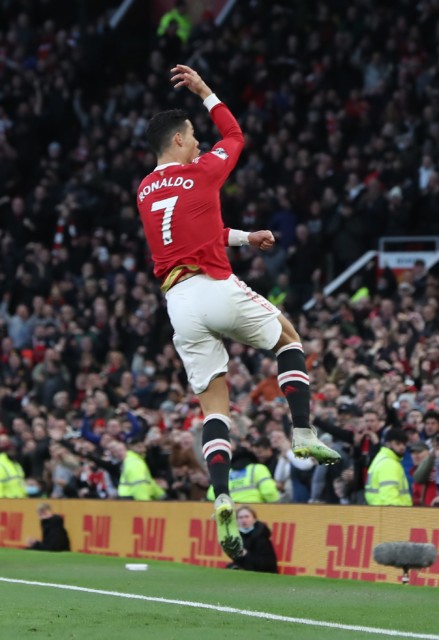 Ronaldo, 37, is now well renowned for his celebration

He regularly performs the unique celebration now, but it was fans in America who first witnessed the pose.

Speaking to the YouTube channel Soccer.com, the five-time Ballon d’Or winner revealed he whipped out the now-classic move while playing for Real Madrid in a friendly against Chelsea.

Ronaldo recalled: “Well, I was in the US and we played against Chelsea and I don’t know where it came from. I just scored and I went, ‘Sii!’

“But it was natural, to be honest.

“After that, I started doing it and I feel like the fans, when they see me they’re like ‘Sii’ and I was like, ‘wow, people remember Cristiano because of the Sii,’ so I continued like that.”

On that day in 2013, Ronaldo actually scored twice for Real as they beat Chelsea 3-1 to claim the International Champions Cup.

The Manchester United star – who told former team-mate Nani he will finish his career in the MLS – crashed home a 25-yard free-kick after goals from Marcelo and Ramires for the first of his two strikes.

But it was his second finish, a bullet close-range header that Ronaldo pulled out the first version of his ‘Sii’ celebration, minus the swivel.

The forward made headlines for screaming the chant, which simply means “yes” in Spanish, when he picked up the Ballon d’Or in 2015.

In the same interview, Ronaldo also admitted that Portugal legend Eusebio would be the one player who he wanted to play alongside in his career.

He added: “In my mind, I have many players I wish to play with, but I’ll mention one from my country who died a few years ago – Eusebio.

“He’s one of the sons of Portugal and I wish to play with him because he’s Portuguese.

“He was an unbelievable person and I wish I could play with him in the national team.” 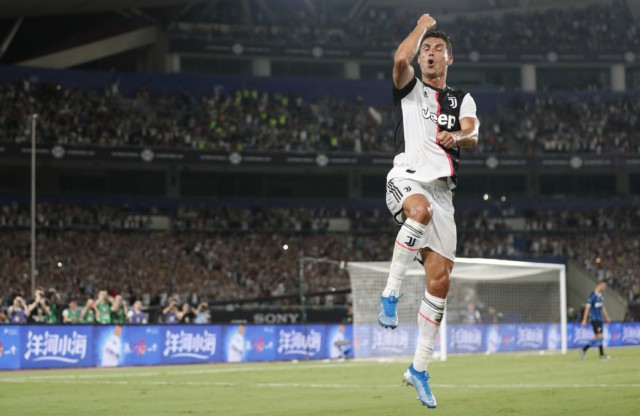 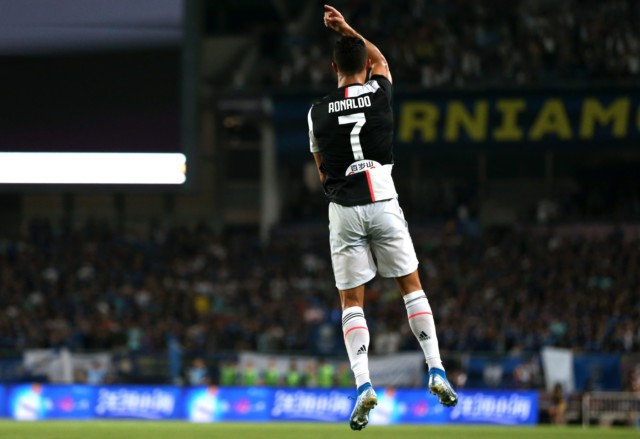 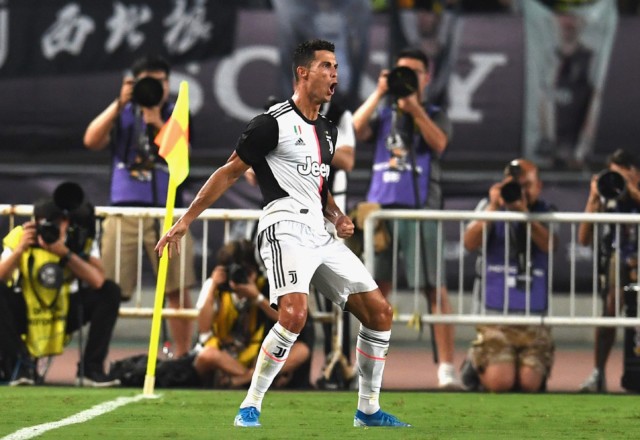