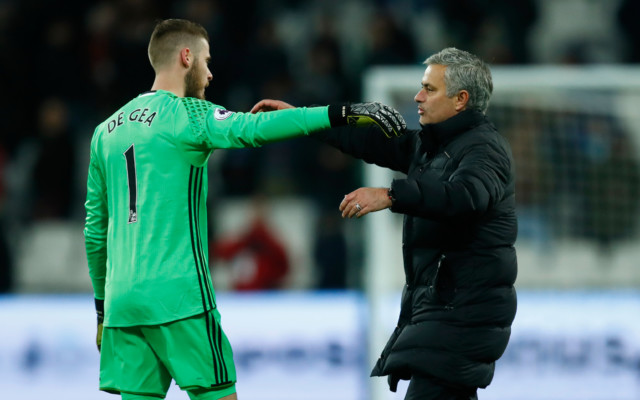 The Portuguese manager was announced as the Italian club’s successor to Paulo Fonseca earlier this week, just two weeks after he was sacked by Tottenham.

And according to Todofichajes one of the first transfers he wants to make as Roma manager is the acquisition of 30-year-old De Gea.

De Gea has recently been out of favour at Old Trafford following the promotion of Dean Henderson to the No1 spot.

The Spaniard missed several games after flying to Spain to be present for the birth of his child.

But upon his return he has struggled to regain his place, with Henderson starting all of the Red Devils’ last seven Premier League games.

De Gea signed for Man Utd from Atletico Madrid way back in 2011 for a fee of £18.9million.

Since then, the Spanish shot-stopper has played 438 times for the club, winning their Sir Matt Busby Player of the Year award a record four times.

During his time at Old Trafford he has won the Premier League, FA Cup, League Cup and Europa League.

But a consistent run of games on the sidelines has led many to question where his future lies.

When asked about who will be his long-term No1 last month, Man Utd boss Ole Gunnar Solskjaer refused to give a straight answer.

“Where there can be potential tension and controversy, everyone wants to hear a comment from me.

“They are both top goalkeepers and both of them want to play as much as possible.

“But who we pick will be decided on merit and we have to think of who’s going give us a win on any given day.

“Both will be needed in these final nine league games and five in the Europa League because we want to go all the way in that.”

De Gea started Man Utd’s Europa League semi-final second leg against Roma on Thursday evening, a game they lost 3-2 but still advanced through to the final 8-5 on aggregate.

Did you miss our previous article…
https://www.sportingexcitement.com/football/premier-league/chelsea-line-up-stunning-triple-transfer-swoop-for-jadon-sancho-romelu-lukaku-and-marquinhos-to-transform-team