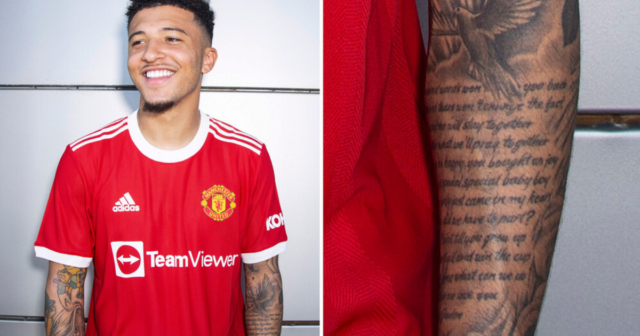 JADON SANCHO has opened up on his tattoos, which include a poem paying tribute to his late little brother.

The new Manchester United signing tragically lost his younger sibling while he was at primary school.

Sancho, now 21, wrote a poem paying tribute at the time.

And it is now always with him in the form of body art.

Speaking to Man United’s official club media, he said: “This is my first one and the most meaningful one because my little brother passed away when he was younger.

“When I was in primary school, I wrote a poem that I read at the funeral, so this is definitely my most meaningful one.”

The poem in tribute reads: “You and me will stay together, you made us happy, you brought us joy, you were a special baby boy.

“I couldn’t wait till you grew up, teach you football and win the cup.

“But you’re gone what can I do? Baby brother, we love you.”

Sancho also has a nod to his sister printed on his body.

He added: “The rest around [the poem] are birds, heaven, an angel, a butterfly and then I have my sister’s and my brother’s initials.” 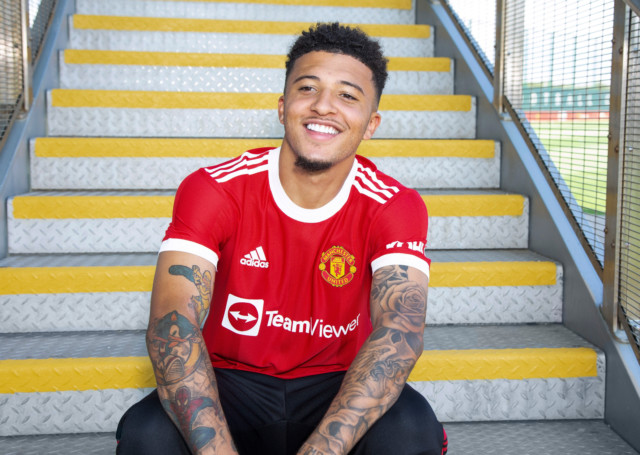 In addition to his family tributes, comic fan Sancho also has a number of cartoons tattooed on him – and vows there’s more to come.

He continued: “Then here I kind of freestyled because I liked comics when I was younger.

Did you miss our previous article…
https://www.sportingexcitement.com/football/premier-league/arsenal-line-up-transfer-swoop-for-teen-matchoi-djalo-from-portuguese-side-with-18-year-old-available-for-1m