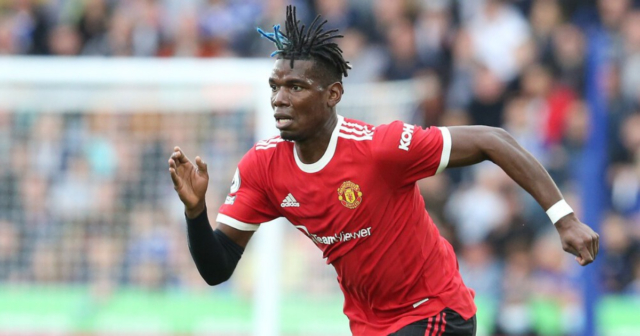 BARCELONA are unlikely to try and sign Paul Pogba if he becomes a free agent in the summer, according to reports.

The 28-year-old midfielder has entered the final 12 months of his contract as talks rumble on over whether he will sign a new deal at Manchester United.

But as time continues to tick by, Pogba will be able to sign a pre-contract agreement with another club in January if he does not commit his future to the Red Devils.

The World Cup-winning Frenchman has been linked with a number of European powerhouses including Juventus, Paris Saint-Germain and Real Madrid.

But, according to Sport, Barcelona are not expected to join the race to sign the midfielder despite not having to pay a transfer fee.

That is because the Catalan giants are continuing to suffer from serious financial difficulties which have riddled the club in recent times.

In the summer, Barca were forced to bid farewell to club legend Lionel Messi as they attempted to significantly reduce their wage bill.

They also farmed superstar Antoine Griezmann out on loan to Atletico Madrid as Ronald Koeman’s squad undertook a major overhaul.

And Pogba’s wages are said to be the problem around a possible move to Barcelona.

That is a sum Barca are reportedly not able to afford and so they are unlikely to try and acquire his services.

The LaLiga side are also sceptical as to what the motivation is behind Pogba’s agent Mino Raiola trying to find his client a new club.

Barca believe Raiola is attempting to attract interest from other teams in a bid to secure Pogba improved terms on a new contract at Man Utd.

The Frenchman has started the season in impressive form, assisting seven goals in his first eight Premier League games.