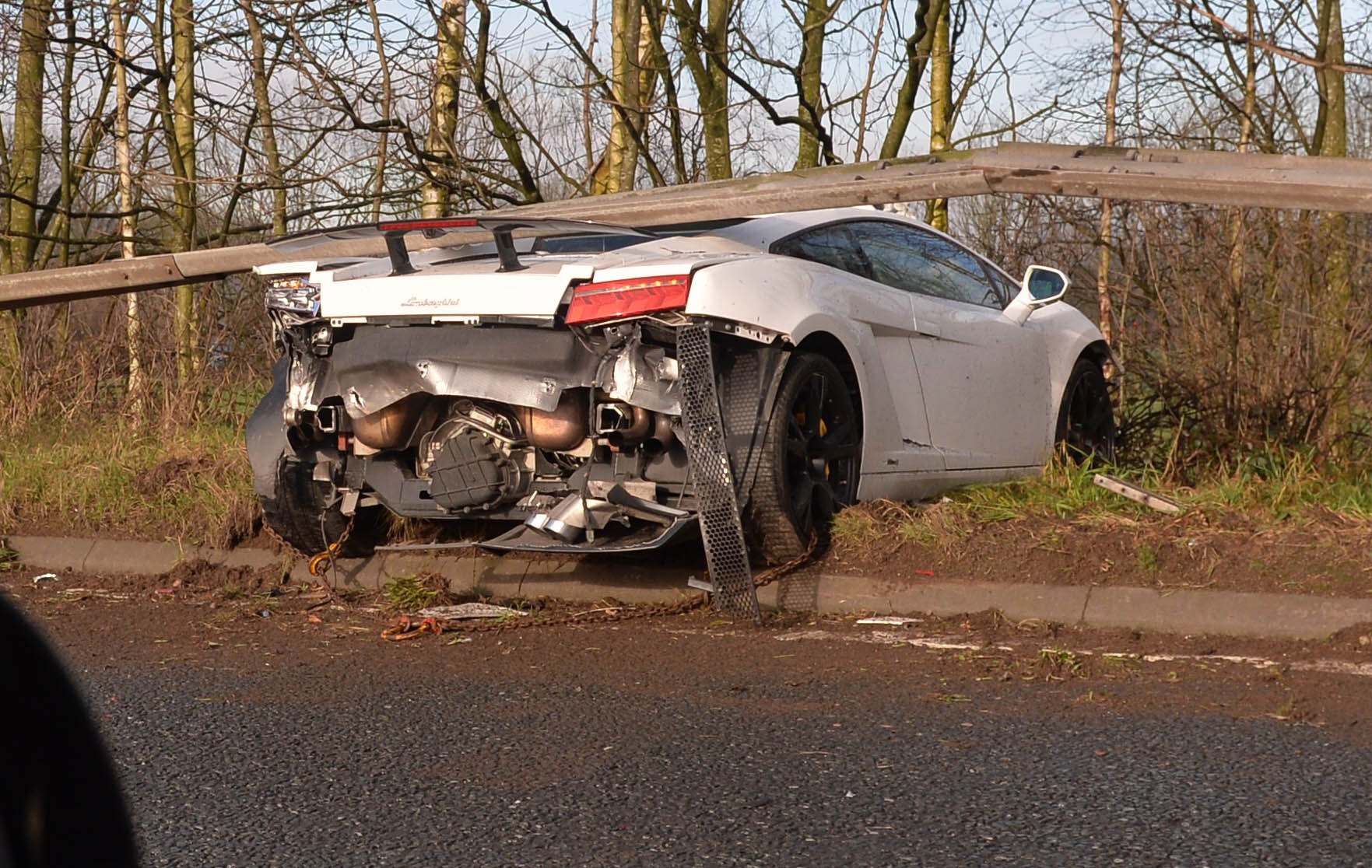 MANCHESTER UNITED star Sergio Romero has been involved in a horror car crash.

The sub goalkeeper’s 170,000 Lamborghini smashed through a barrier and into a hedge on the way to training at Carrington.

Despite the shocking photos that have circulated of the aftermath, United have confirmed Romero escaped unhurt.

The 32-year-old even managed to train with the rest of the squad just hours after he watched his team-mates lose 2-0 to Liverpool.

Police and traffic officers attended the incident and traffic cones were placed around the stricken vehicle.

The back of the Lambo was ripped apart.