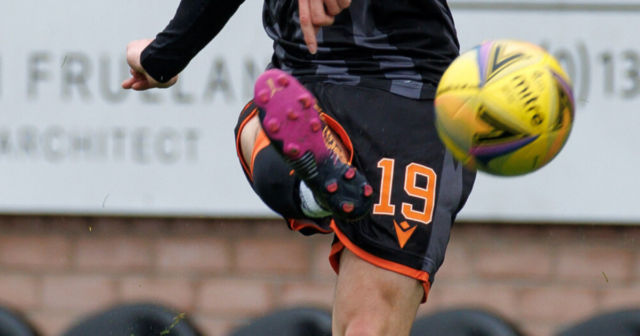 Welsh international Levitt, 21, did well on loan at Tannadice last season and the SPFL outfit fancy buying him.

Cardiff City are also keen on a loan deal for the midfielder but United may consider selling for the right price — thought to be around £300,000 plus extras.

Levitt experienced another loan spell at Charlton in the 2020/21 season, but only made three league appearances.

The midfielder has also represented Wales at underage level, making appearances for the U17, U19 and U21 teams.

He could be the latest star to exit Old Trafford this summer.

Jesse Lingard has left on a free and is currently searching for a new club.

He has been heavily linked to Everton but reports have also signaled he could be set for a surprise move to Tottenham.

Meanwhile, Manchester United are closing in on multiple targets as they look to bolster Erik ten Hag’s squad.

Frenkie de Jong is also being pursued by the Red Devils as they look to bring more quality in their midfield.

But Chelsea have reportedly got involved in the bidding war as look to hijack the deal from their Premier League rivals.

In more positive news for United, they seem to be edging closer to the signing of Feyenoord’s left-back Tyrell Malacia.

Did you miss our previous article…
https://www.sportingexcitement.com/football/premier-league/new-blackburn-boss-jon-dahl-tomasson-ready-to-splash-3m-on-malmo-centre-half-anel-ahmedhodzic-from-promotion-bid/