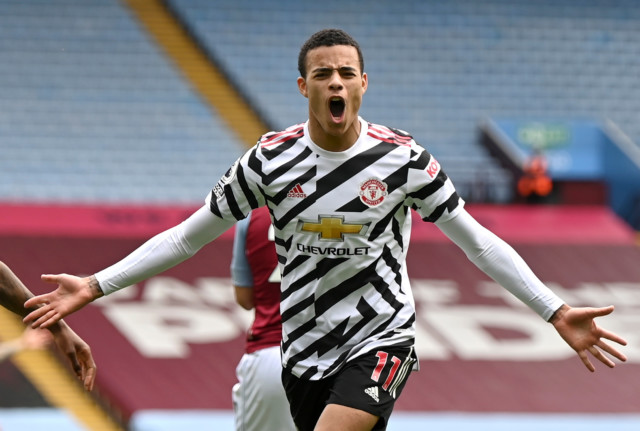 MASON GREENWOOD has been named on the 100-man longlist for the 2021 Golden Boy award.

The Manchester United forward, 19, was dealt a cruel blow after being forced to withdraw from England’s Euro 2020 squad due to injury.

Mason Greenwood has made the 100-strong Golden Boy longlist

Greenwood had been named in the 33-man provisional squad and had been tipped to make the final 26.

But the Old Trafford whiz has been given some good news after being named among the 100 nominees for the prestigious Golden Boy award.

But the young striker will have another chance of glory in 2021 after he was named as one of 15 Premier League representatives on the list.

Greenwood is joined by team-mate Amad Diallo, 18, as the only Man Utd stars to have made the cut.

Arsenal are the most well-represented Premier League side on the list, with FOUR players included.

England ace Bukayo Saka is joined by William Saliba – who enjoyed a strong season on loan at Nice – as well as Folarin Balogun and Gabiel Martinelli.

Chelsea have three players on the longlist, with Billy Gilmour joined by Tino Anjorin and Armando Broja.

Wolves also have two players named in the 100 in Rayan Ait-Nouri and Fabio Silva.

Liverpool (Curtis Jones) and Leicester (Luke Thomas) have one player apiece in the initial list, which will be whittled down to 20 stars in the coming weeks.

Dortmund also have Giovanni Reyna, Youssoufa Moukoko and Reinier on the list.