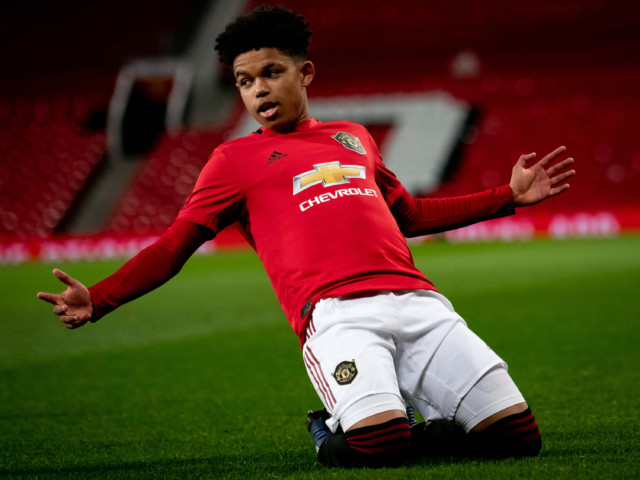 THE buzz around Shola Shoretire extended far beyond Old Trafford.

The Manchester United wonderkid, 17, was being courted by the likes of European giants Barcelona and Juventus before he signed his first professional deal with the Red Devils recently.

And now, Shoretire has been fast-tracked to the first team and added to the club’s Europa League squad ahead of their tie against Spanish side Real Sociedad.

His rapid ascension through the youth ranks has Old Trafford big-wigs purring that the Nigerian-born star could be the answer to the club’s problems out wide after missing out on Jadon Sancho.

The skilful attacker’s game has also been compared to African football legend Jay-Jay Okocha, who graced Premier League pitches with Bolton Wanderers in the early 2000s.

WHAT’S ALL THE FUSS ABOUT?

The diminutive teen, comfortable with both feet, can play out wide and through the middle.

It’s testament to his ability that United were already confident he has the ability to succeed at the highest level by eyeing him for a deal before he turned 17.

Shoretire, pronounced Shor-ay-ti-reh, joined Manchester United’s youth set up at the age of nine from Newcastle and has continued to blossom.

In last season’s FA Youth Cup, he fired United into the semi-final scoring at Old Trafford in the 2-1 defeat of Wigan Athletic.

Incredibly, earlier that day he was studying for his GCSEs at school.

“He was at school today, all day! Then he came over to Old Trafford to play,” Under-18 coach Neil Ryan revealed.

“It’s incredible really. Different day for him compared to other players.” 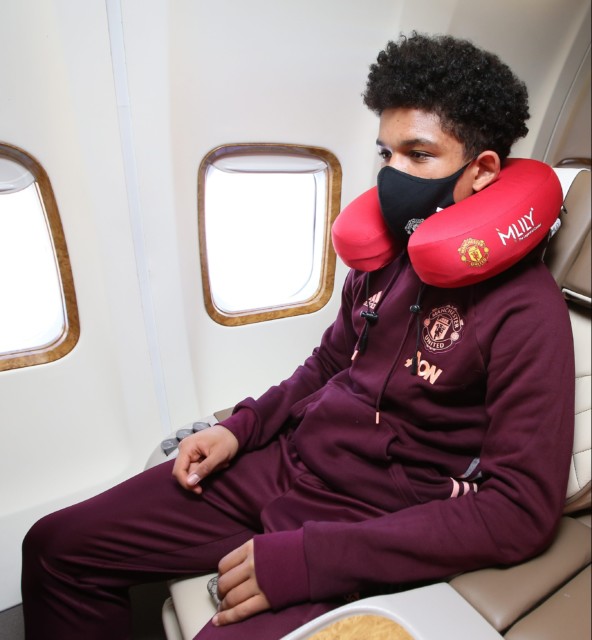 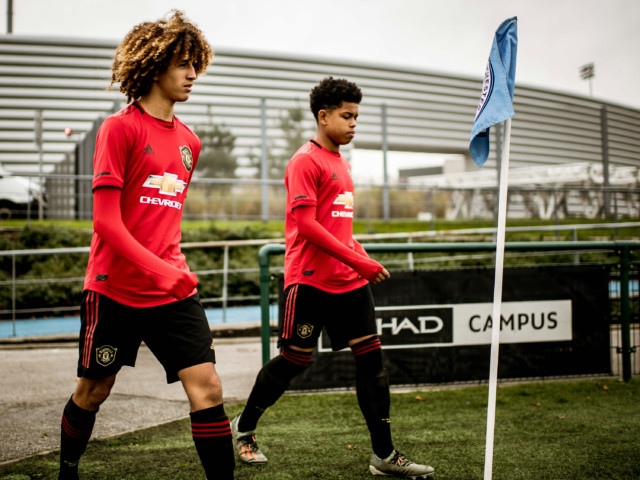 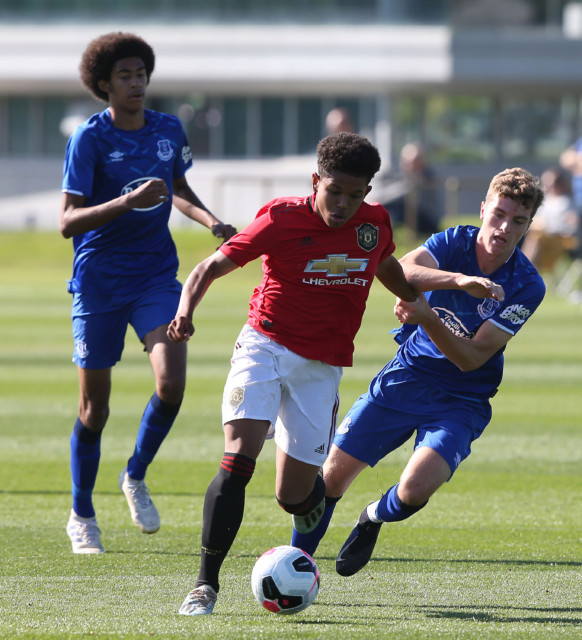 Blessed with quick feet, Shoretire has been likened to Jay-Jay Okocha

Aged just 14 years and 314 days he came on as a sub in United’s 2-1 win over Valencia, and became the  youngest player to appear in the UEFA Youth League – a competition reserved for Under-19 teams.

“We want to keep them humble, hard-working,” Ryan explained.

“It’s not just the coaching staff who do that, there are a number of staff throughout the academy, right throughout the place, feeding the same messages. It’s what we pride ourselves on.

“When you see the professionalism of the likes of Marcus Rashford, he’s the shining example. Scott McTominay, so on. These boys are products of the academy and the staff who work with them. They are our examples.

“Good players can enjoy the big stage. [Shoretire] is a really exciting player. He’s evolving and developing, can play a number of different positions, he showed a great maturity I thought.” 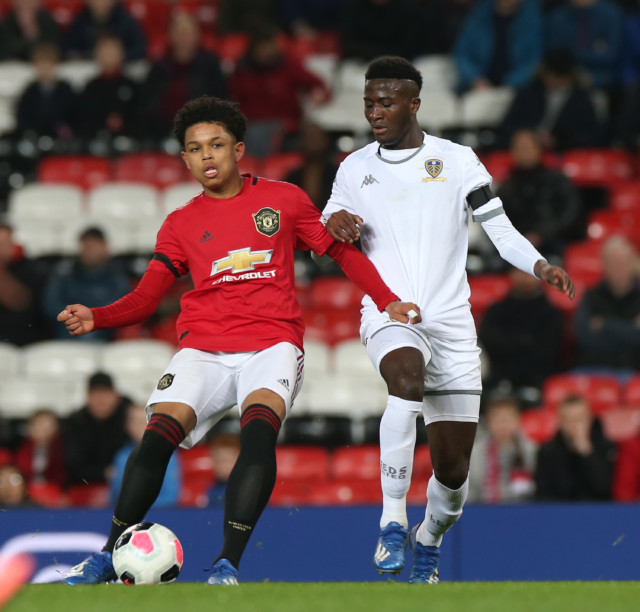 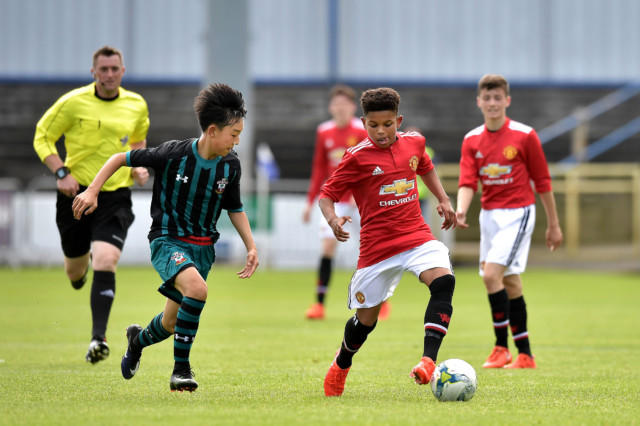 Shoretire was born in Nigeria 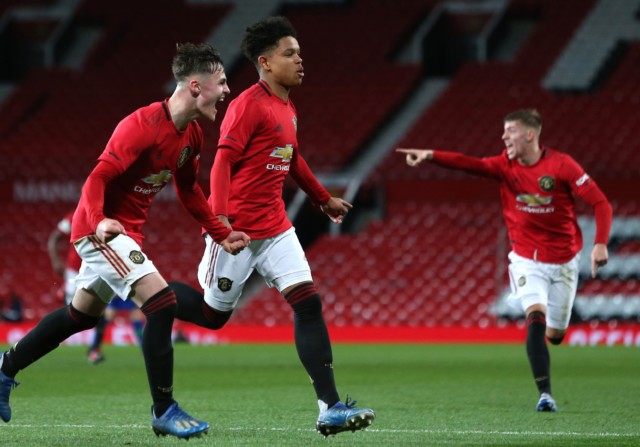 With the stage set, Shoretire has joined first teamers Rashford and McTominay in training at Carrington ahead of the Europa League fixture against Real Sociedad.

Should he grasp his opportunity, like fellow youngster Mason Greenwood has, international honours will surely come to.

But a tug-of-war between Nigeria and England will ensure for which country he represents.

Although he was born in Africa, Shoretire has been invited to join England’s youth set-up in the past.

At the age of 17, with the world at its feet, decisions on who he could play for can wait for now. His first step is to conquer United.