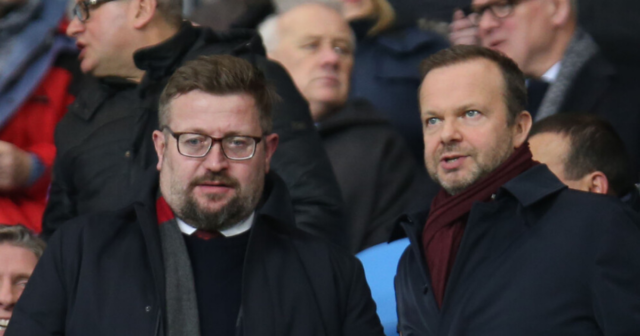 RICHARD ARNOLD is a man who suddenly has some rather big decisions on his hands.

And he will know that could ultimately mean the end of the road for Manchester United legend Ole Gunnar Solskjaer.

Arnold, United’s group managing director, is about to take over from Ed Woodward as executive vice-chairman — and will answer directly to the club’s owners, the Glazers.

The Chelmsford-born former accountant  — who has been at Old Trafford since 2007 — is an engaging, popular figure.

With his long-time friend Woodward, Arnold has done amazing work off the field on the commercial side of the club. Effectively, the buck is now going to stop with him.

Arnold will not want to see his tenure start with United careening down the table, not only away from a title tilt but a place in the top-four elite. Because that is where they are heading right now.

Insiders will tell you Carrington has gone flat.

The players are uninspired by the training sessions run by Solskjaer and his coaching staff.

United’s big names are losing faith with the manager.

In turn, Solskjaer is being let down by those big names.

Internal division is growing. Even Bryan Robson, United’s legendary Captain Marvel and now one of their ambassadors, reckons the clock is ticking on Solskjaer’s reign following Sunday’s 5-0 Old Trafford humiliation by Liverpool.

He told talkSPORT: “Manchester United, as a club, we always give people a fair chance. Ole has now got to turn it around quickly.

“You can’t have performances like that and we need to turn it around quickly.

“These players have done it, been to cup finals but to put in performances like that when you think the club is going forward was a real shock to the system. It was really poor.

“Last season, I thought Ole had got us going well.

“We had a poor start but went on this long run without getting beaten away from home. You thought we were looking solid at the back, then the forwards we brought in like Ronaldo, you thought we were going forward.

“But it looked like we didn’t care and that’s really disappointing for the fans.

“Defensively, we were getting cut apart every time Liverpool attacked us. You couldn’t pick out one thing we did well.”

Solskjaer has done a great job in putting United back on track. 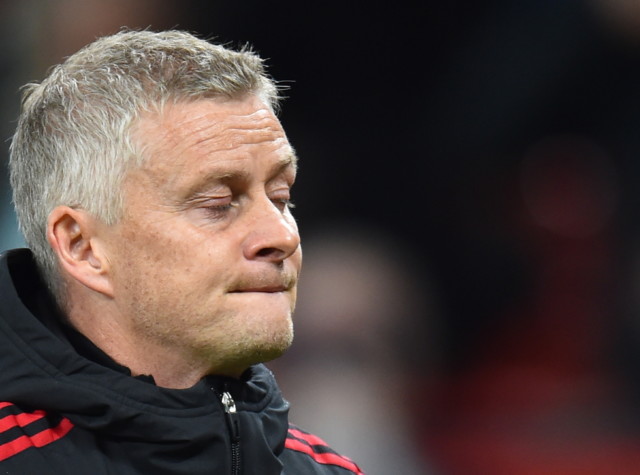 He was the right choice when appointed in December 2018, initially as caretaker boss.

His plan set out with Woodward to rediscover the club’s DNA has worked — but only to this point.

As Ole himself admitted following Sunday’s defeat by fierce rivals Liverpool, they had hit a brick wall.

It does not mean Solskjaer is a bad manager. It just means the club need someone new to reignite the Red Devils.

The days of managers having long tenures like Sir Alex Ferguson and Arsene Wenger are gone.

Chelsea looked like a basketcase club when they chopped and changed. Now it looks like the template for success.

Fergie himself admitted he would change backroom staff around because the players needed a new voice.

Solskjaer was asked after Sunday’s debacle whether he would walk if he felt that was best for the club.

Clinging on to a dream rather than reality, he spoke about how he could not leave now when they were so close to achieving what he wanted. That, of course, is to challenge and, ultimately, win the league.

He felt he was getting within touching distance with last season’s second-placed finish — but they were still well off City.

The Norwegian recognised in the run up to the showdown with Liverpool that his side had only finished ahead of the third-placed Reds last term because Jurgen Klopp’s squad had been ravaged by injuries. 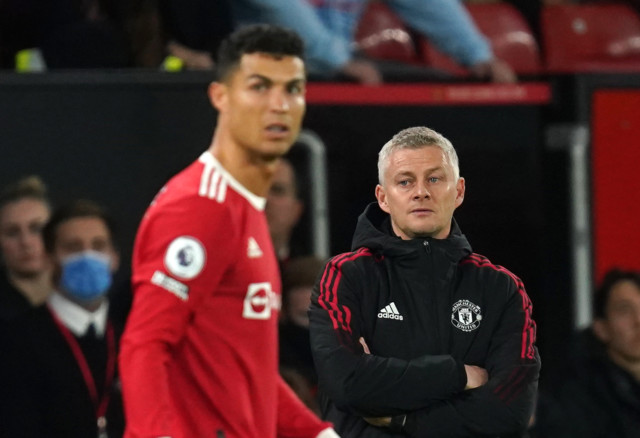 Chelsea, meanwhile, were going through another reboot with their own club legend Frank Lampard being replaced by Thomas Tuchel in January this year.

That change turned them into European Cup winners by the end of the season.

With a trip to Spurs on Saturday, Atalanta away in the Champions League three days later and then the visit of champions Manchester City the following weekend, the next couple of weeks are daunting.

The last thing Solskjaer deserves is his reputation sullied by more experiences like Sunday.

He is too good a man, too nice a bloke, too much of a legend to deserve that.

The best thing for club and manager would be to say ‘Thanks, you’ve done a great job but now we need a change’.

Solskjaer put United back on track but kicking on from there has been the problem.

Players are starting to regress. Mason Greenwood is standing still. Scott McTominay is not growing into the midfield general he has the ability to become.

Harry Maguire has morphed into a Sunday League centre-back, with all due respect to Sunday Leagues around the country. Why did he give Eric Bailly a new contract if he does not play him when Maguire looks so short of full fitness after his injury?

How can Ole not get the best out of £73million Jadon Sancho, or anything out of Donny van de Beek?

Bruno Fernandes is going missing and there is no room for a World Cup winner in Paul Pogba — then again, he has been poor since day one of his second spell at United.

Cristiano Ronaldo’s body language is the poster picture for the malaise.

Solskjaer was right to re-sign him but he cannot put that ball in the net if there is no plan to get it to him.

The club have already recognised the rot has set in and started the process of sounding out a possible successor, with Zinedine Zidane, Antonio Conte, Brendan Rodgers and Erik Ten Hag on the shortlist.

A changing of the guard is needed.