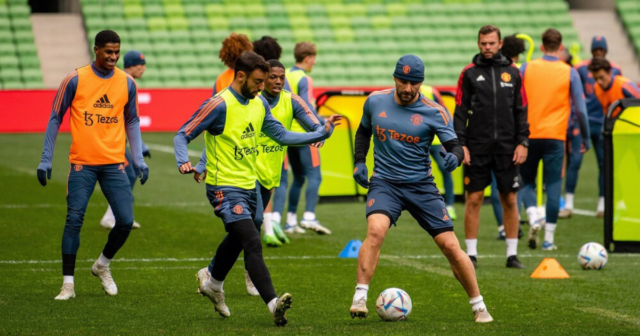 ERIK TEN HAG had his Manchester United stars hard at work in training ahead of tomorrow’s clash against Crystal Palace.

The Red Devils take on the Eagles in Melbourne looking to maintain their 100 per cent record under Ten Hag. 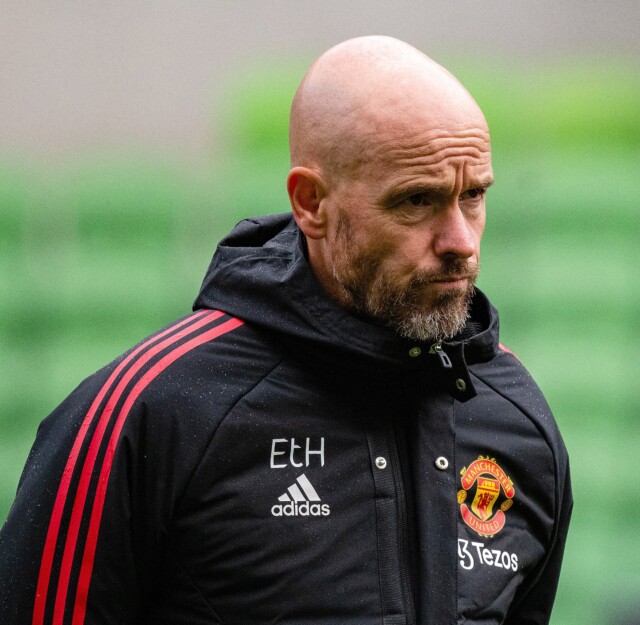 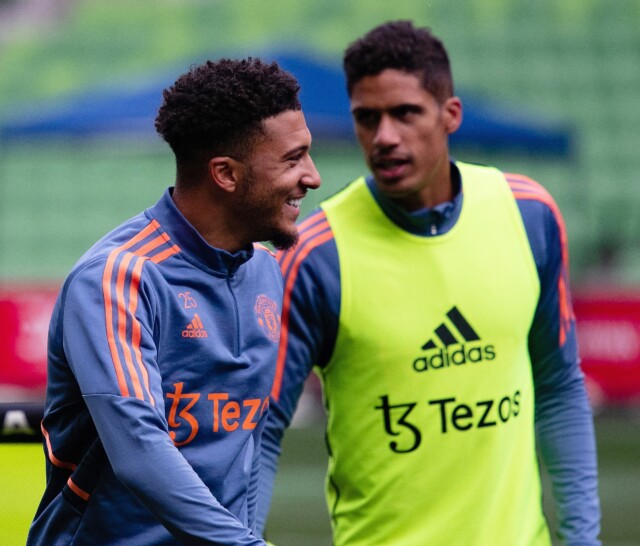 And Ten Hag and Co prepared for the match with a training session at Melbourne’s AAMI Park.

Club captain Harry Maguire, plus the likes of Jadon Sancho, Raphael Varane, Bruno Fernandes and David De Gea, were all pictured being put through their paces.

New signing Tyrell Malacia was also seen going about his business as the Red Devils got down to work.

Despite the brutal sessions under Ten Hag, Sancho was snapped with a big grin on his face during training.

The Red Devils are yet to lose a match under Ten Hag, beating Liverpool 4-0 in Bangkok and Melbourne Victory 4-1 Down Under last week.

While it is only pre-season, the Dutchman will be hoping to keep the winning feeling amongst his camp with another victory tomorrow.

Training and training only has been the name of the game for Ten Hag on United’s pre-season tour.

Reports suggest he banned the idea of filming the squad on the set of iconic Australian soap “Neighbours” for the club’s media channels. 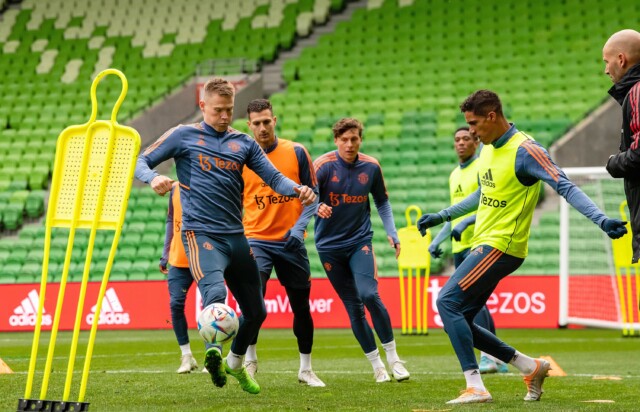 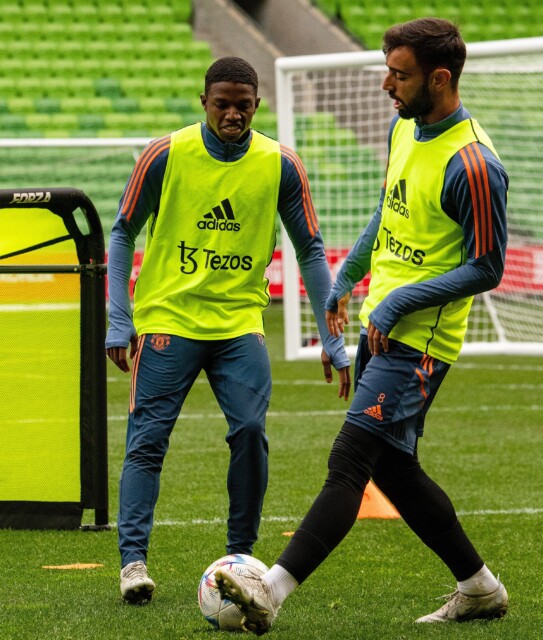 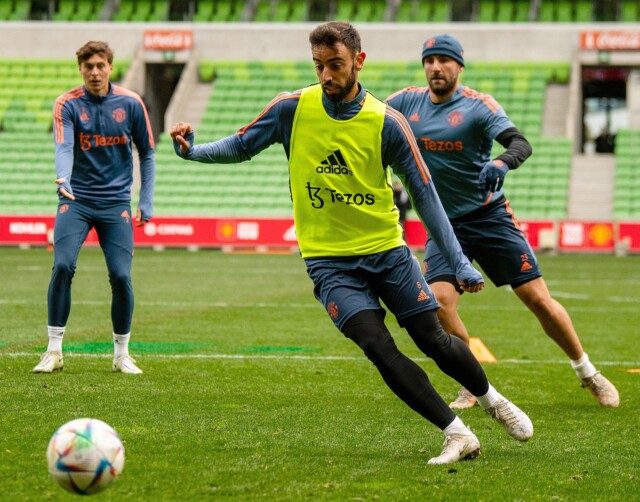 Luke Shaw sported a beanie for the session in Melbourne

Instead the Dutchman has had his side on the training pitch for double sessions on most days.

He has even put on training on the morning of matches in order to get his side in tip-top shape ahead of the new campaign.

The sessions have been intense too, with Ten Hag making his stars perform push-ups after conceding goals in training. 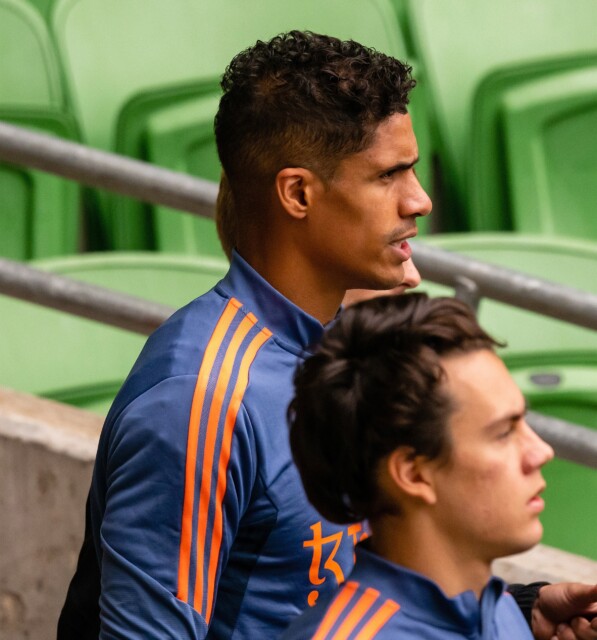 The Red Devils return to the MCG to play again tomorrow 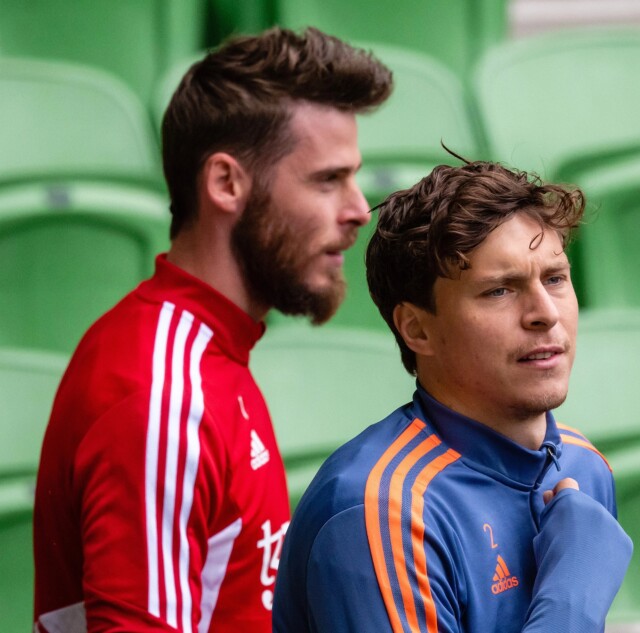 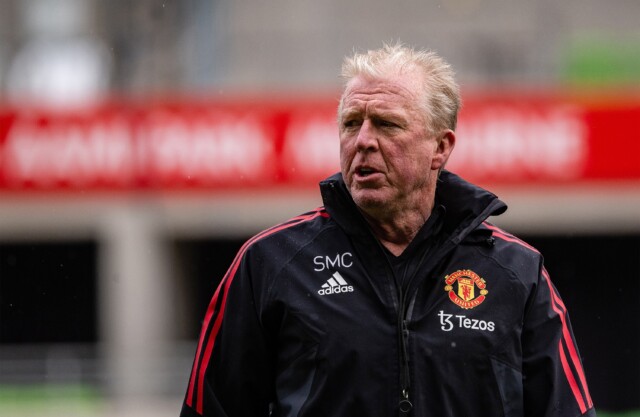