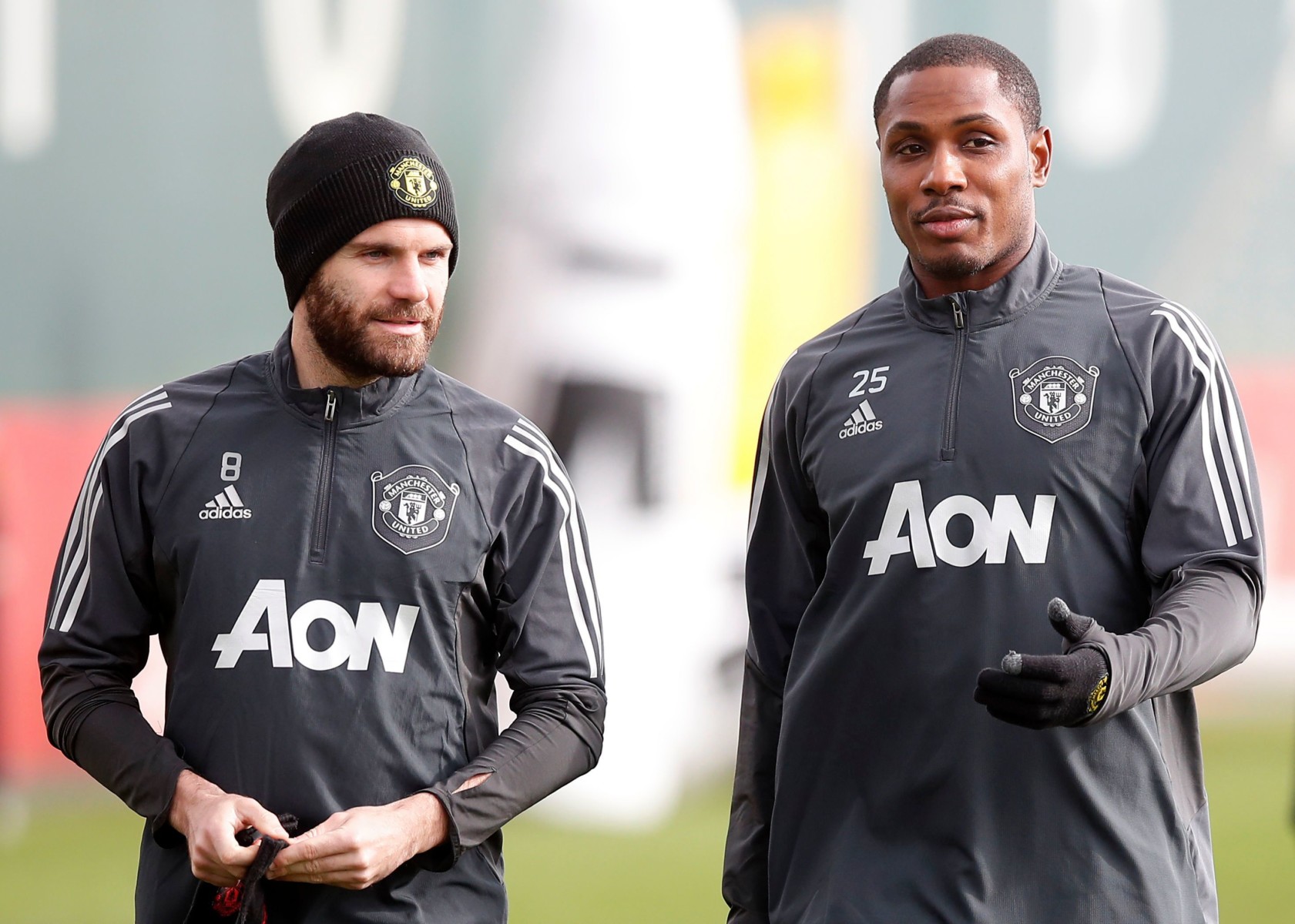 The 30-year-old took to the social media platform to interact with supporters as the football world grinds to a halt during the coronavirus outbreak.

One quick question @ighalojude : who is your closest pal in the #mufc squad?

I’m close to everyone but I play more with mata

One fan Tweeted Ighalo saying: ”One quick question @ighalojude:  who is your closest pal in the #mufc squad?.”

To which he replied: ”I am close to everyone but I play more with mata.”

Evidence of a bromance between the two on the pitch has been evident since the Nigerian joined the team.

The Spaniard has proved vital in setting up goals for his new teammate.

Ighalo has hit the ground running at Old Trafford, helping the the Red Devils progress in the Europa League and the FA Cup thanks to the bond with Mata.

Of the four goals Ighalo scored, two of those came with assistance from Mata.

And he has shown his love for the playmaker before,  posting on social media last month: ”Find you a Boss that loves you the way Juan Mata loves me.”

“To which Mata responded with: “Find someone that loves you the way Ighalo loves me.

During the current lockdown, many stars are taking part in Fortnite and FIFA challenges.

But Ighalo has admitted he does not know how to play.

Find someone that loves you the way @ighalojude loves me.

Don’t know how to play

He told fans ”Don’t know how to play” when it comes to playing the game he loves online.

Still, he may have plenty of time to practise as the initial Premier League restart date has been pushed back from April 30 to potentially some point during May.

The Premier League could shift the date back into May or opt to follow Spain and France, who have shut down their leagues for an indefinite period.