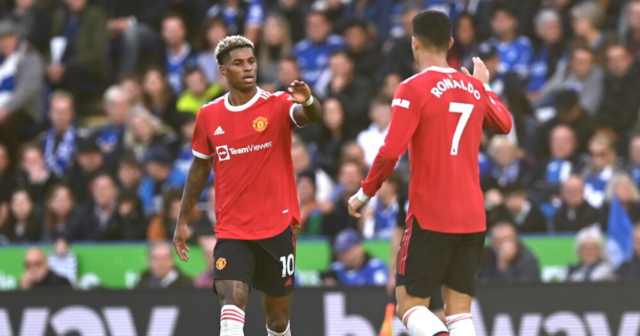 Manchester United boss Solskjaer told the club’s website that in Ronaldo all of the bright prospects at the club ‘have got the best player of all time to learn from.’

Rashford, 23, returned from injury to play alongside club-legend Ronaldo, 36, for the first time ever in last weekend’s match against Leicester.

The England striker scored in the defeat against the Foxes and again in the midweek Champions League win over Atalanta.

Portugal superstar Ronaldo scored his latest winner for the Red Devils against the Italians and Solskjaer says he remains the perfect role model for United academy product Rashford.

The Norwegian said: “I think his challenge is the same as the team’s challenge.

“You know, we’ve come to a certain level, but we always have to take the next step, you always have to challenge yourself to become the best you can possibly become.

‘”They’ve got the best player of all time to learn from.

“And our lads now – the young boys – must aspire and strive to have a career like Cristiano.

“He’s come in and been a very, very good example to learn from.”

Rashford has scored 56 goals since making his debut for United in 2016 and also established himself as a key member of the Three Lions set-up with 12 goals and 46 caps for his country.

Solskjaer added: “For me, Marcus has had an unbelievable start to his career.

“Hopefully we can sit here in 10 years and talk about him in the same vein almost like Cristiano, and talk almost about how he’s had a career just like him.”