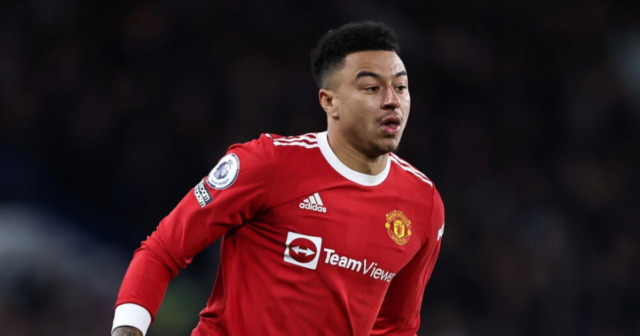 MANCHESTER UNITED have suffered a double injury blow with both Jesse Lingard and Anthony Martial missing for today’s clash with Crystal Palace.

New interim manager Ralf Rangnick is taking charge of the Red Devils for the first time.

And he decided to keep the same starting XI that started the 3-2 win over Arsenal that he watched from the stands on Thursday alongside his new girlfriend.

However, two men were left out of the squad altogether from that Gunners game for the Palace showdown.

Both Lingard, linked with a January move to West Ham and Newcastle, and Martial were subs three days ago but neither name was on the list this afternoon at Old Trafford.

And new boss Rangnick confirmed beforehand: “Jesse and Anthony indicated after yesterday’s training that they didn’t feel well, that they felt pain.

“This is the reason why they are not in the squad.”

Further light has been shed on Lingard’s injury, with reports suggesting the star has twisted his ankle.

There was more positive news for Rangnick on the injury front when Cristiano Ronaldo was passed fit to start.

The Portuguese legend limped off against Arsenal after his match-winning two-goal heroics.

He was believed to have hurt himself performing his iconic goal celebration, but he was fit and able to face the Eagles.

But not everyone was happy with Rangnick’s first starting XI, with many taking to Twitter to criticise him for being too defensive by keeping Scott McTominay and Fred in there.