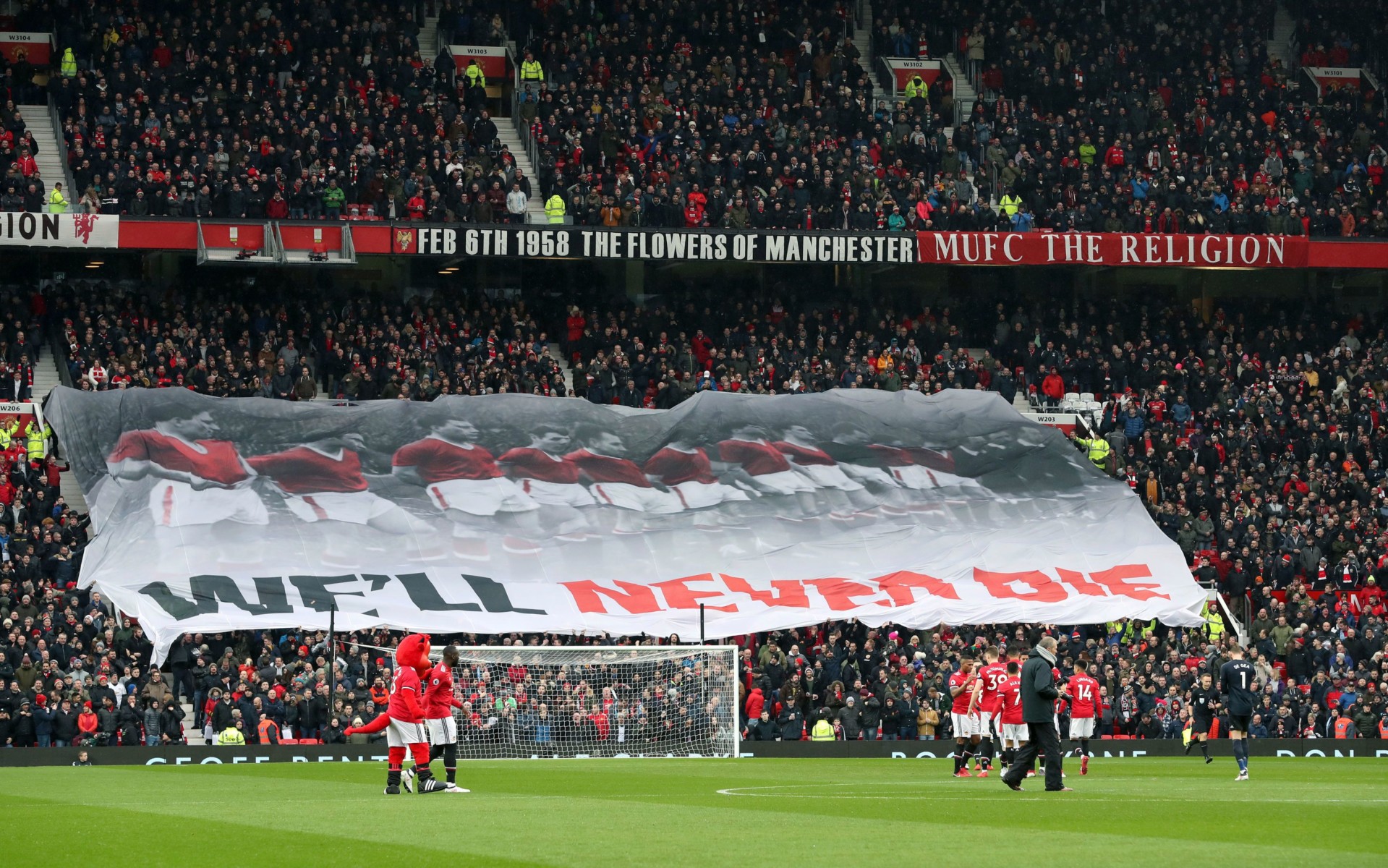 MANCHESTER UNITED are planning to ramp up the atmosphere at Old Trafford by extending the singing section in the Stretford End.

Room for at least another 2,000 fans is expected in the area beyond the players’ tunnel.

The announcement comes on the back of United’s brilliant 2-0 win over Man City yesterday in the 182nd Manchester derby.

United also announced measure this morning to freeze season-ticket prices for the ninth season in a row.

Group managing director Richard Arnold said: “I want to place on record our appreciation of the hard work and dedication from the organisers of the atmosphere section.

“The phenomenal support the team get has been taken to a new level by this successful initiative.

“We will be seeking to build on this next season by extending this section of the Stretford End out towards the south-west corner, increasing the allocation to at least 2,000 supporters.

“We have worked closely with fan groups and through the fans’ forum to help achieve this shared goal of reviving the Stretford End to its traditional status as the heartbeat of our matchday support.

“We have also submitted a proposal to the local authority to trial a rail seating area within the stadium.

“Our belief is that the introduction of rail seating would enhance spectator safety in areas of the stadium where, as with other clubs, we have seen examples of persistent standing.

“We hope to have news on our application soon.”

Arnold added: “We do appreciate that there is an element of change for some fans as we reorganise where groups are based within the layout of the stadium and thank them for their co-operation.

“Families who move to the Sir Alex Ferguson Stand will hopefully enjoy the view from their new seats in what is a premium part of the stadium.

“As Old Trafford celebrates its 110-year anniversary, these investments demonstrate our commitment to maintaining its status as one of Europe’s leading football stadiums whilst preserving its unique and iconic character.”