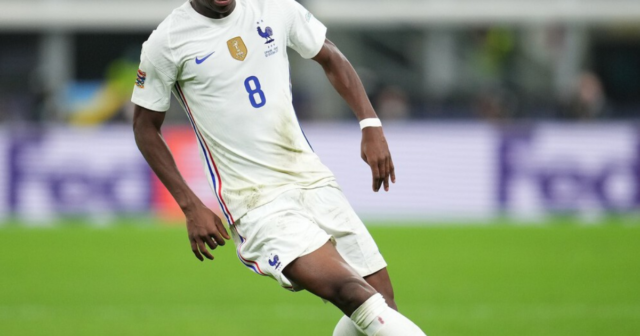 MANCHESTER UNITED have been told to pay £50million for French midfielder Aurelien Tchouameni by Monaco, but face stiff competition from Chelsea, reports say.

The 21-year-old broke through at Bordeaux before making a £16m January 2020 switch to Monaco.

And he helped Les Bleus win the Nations League, starting in the 2-1 win over Spain in the final.

According to Marca, Man Utd have been quoted £50m for the highly sought after midfielder.

Real, in particular, are eyeing Tchoumeni as a replacement for an ageing Casemiro.

The other option Real are looking at is United’s Paul Pogba, but Tchoumeni would add more muscle to their midfield.

The report, however, states that the Premier League clubs have an advantage over Los Blancos as they have greater spending power.

Tchouameni would be a cheaper alternative to Declan Rice, who is being chased by similar clubs.

West Ham are quoting the likes of Chelsea and Man Utd £100m to sign their captain.

Three Lions boss Gareth Southgate has hinted the 22-year-old could be a future England captain.

He said: “I spoke to Declan when he was making the transfer from Ireland and we had seen things in him which we believed could be helpful to us as a country.

“You could tell his mentality was one where he wanted to learn and improve and test himself.

“He is a real sponge for tactical information and observations on his game and is desperate to be the best he can possibly be.

“Even though he is a young player, he has got tremendous leadership qualities, and he is captaining his club at an incredibly young age, so you can see all the signs of what might be possible.”