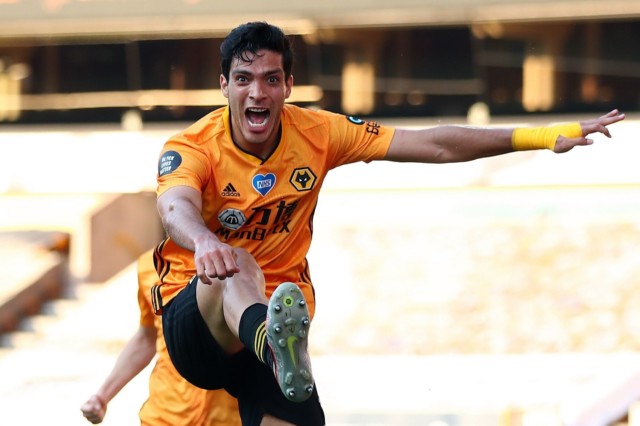 RAUL JIMENEZ has admitted that it is “good to know” that other teams are talking about him, in a boost to potential suitors Manchester United.

The Wolves striker has been in excellent form once again this season, banging in 24 goals in 47 appearances for Nuno Espirito Santo’s side.

His excellent performances have not gone unnoticed, with the Mexican drawing plenty of admiring glances from elsewhere.

Wolves won’t let him go cheaply, however, and are set to demand around £90million for the 29-year-old – having bought him from Benfica last summer for £30m.

While he remains focused on and committed to the Molineux side, he has admitted that he enjoys being in the thoughts of other teams.

He told Telemundo: “First of all I am very happy here with the Wolves.

“I am in a place where from the first moment we made an incredible connection.

“It is good to know that they are talking about you, but what I have to do to make that happen is to continue doing my job here with the Wolves.”

As it happens, Wolves may even finish above the Red Devils this season.

They currently sit three points above Ole Gunnar Solskjaer’s side in the Premier League table, although will be overtaken if United win their game in hand at Brighton this evening.

Jimenez and Co will also fight for Europa League glory when the tournament is concluded in August – 13 months after their campaign began against Crusaders last July.

Did you miss our previous article…
https://www.sportingexcitement.com/football/premier-league/thomas-partey-vs-matteo-guendouzi-arsenal-in-talks-over-swap-transfer-but-how-do-the-midfielders-really-compare