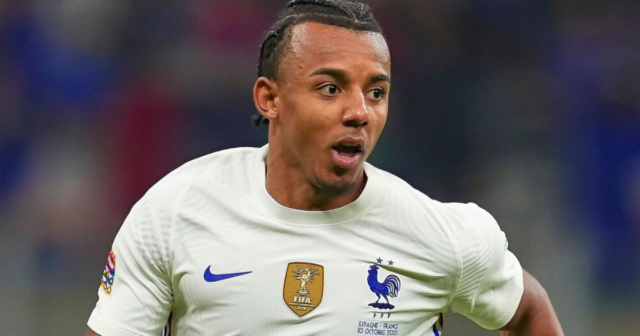 CHELSEA target Jules Kounde has asked his representative to negotiate a deal with Manchester United, according to reports.

The Sevilla defender, 22, was linked with a move to Stamford Bridge in the summer, but stayed with the LaLiga giants after the clubs failed to agree a fee.

However, El Nacional claim that the France star is telling his agent to hold talks with the Red Devils, even though Real Madrid are competing for his signature.

The story says that Kounde does not trust Los Blancos boss Carlo Ancelotti to give him the game time he craves, so he would favour a move to Old Trafford.

United are said to be ‘crazy’ about the opportunity to sign Kounde, but Sevilla want as much as £75million for the centre back.

Kounde recently starred for France as they won the Nations League by beating Spain.

While he has appeared eight times for Sevilla this season and was an integral part of their Europa League winning side in 2020.

Kounde moved to Sevilla in 2019 from Bordeaux for £20million and has been a revelation – appearing 96 times for the club.

Last summer, the Spanish giants and Chelsea were locked in talks over a deal for Kounde but couldn’t find a resolution.

“We all know the summer has been hectic, I wouldn’t say complicated. But that’s the past now,” he said in a press conference after the failed move.

“I am focused on the team. The most important performance is on the pitch.

“The team needs me and I need the team too to give my best and that’s what I’m trying to do.

“So far I’m happy with the results of the team and my personal performances, although I can still improve and have a better season than the previous one.”