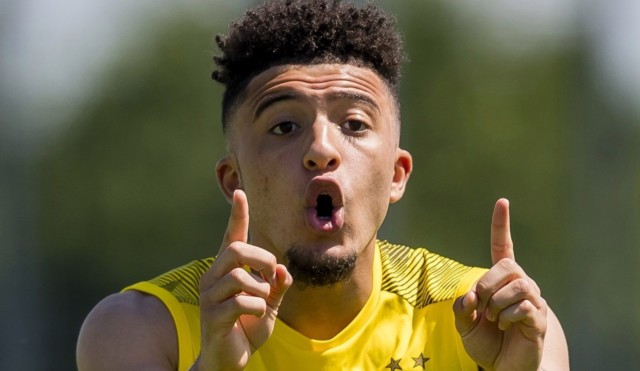 MANCHESTER UNITED target Jadon Sancho has been “affected” by transfer speculation – according to both Borussia Dortmund’s assistant coach AND a team-mate.

The England attacker was recalled to Dortmund’s starting line-up against Paderborn on Sunday evening after only being a sub in their first three games since the Bundesliga returned from the coronavirus lockdown.

And ahead of that clash, the German giants‘ No2 Edin Terzic told Turkish TV channel TRT Spor: “He’s a young player and is one of our most important players.

“I have to say that, the transfer speculations are affecting him.

“We have to support him in a positive way. I want all of our players to be happy.”

United have emerged as frontrunners for £100million-rated Sancho after the 20-year-old was linked with Liverpool, Chelsea, and Arsenal.

But Terzic’s frank comments follow midfielder Thomas Delaney delivering a similar verdict on “one of the biggest talents I’ve played with”.

The Denmark star told ESPN: “With that talent comes a lot of pressure, and I think he slowly starts to feel that from the England national team and clubs surrounding him now.

“Up until this point he’s been a talent performing very well, performing better than what he is expected to do.

“But there was always going to be a next step, and that’s going to be interesting – the next step in his career and his development.”

Sancho has amassed 17 goals and 21 assists in the Bundesliga this season.

And Delaney believes the winger will rival Kylian Mbappe for a place in the elite alongside or after the current cream of the crop in Lionel Messi, Cristiano Ronaldo and Neymar.

He said: “Only looking at his skills, he definitely has what it takes to become one of the five biggest players in the world.

“He’s got the most goal involvement in the league together with Timo Werner and [Robert] Lewandowski, which is amazing, but he should strive for more.”