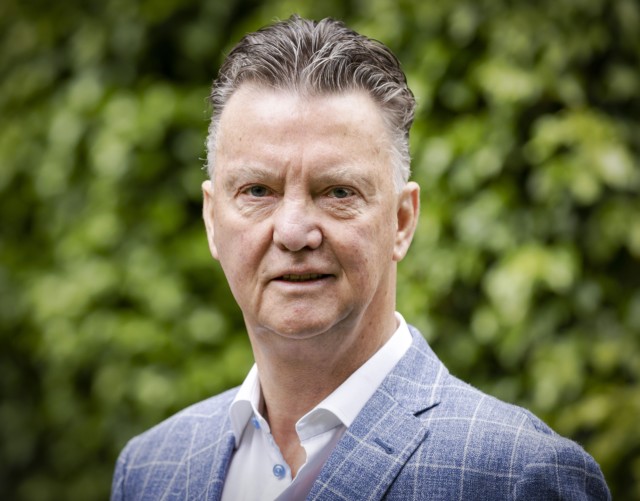 FORMER Manchester United boss Louis van Gaal is scathing at the lack of support he received from club execs in the transfer market.

In a recent interview the Dutchman said he had to accept “seventh or eighth” choice players during his Old Trafford tenure. 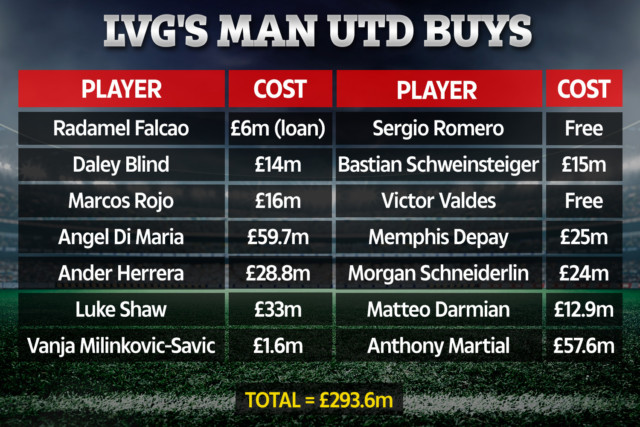 Despite these players seemingly not his first choices, Van Gaal spent a whopping £294million during his two season in charge.

And it’s fair to say a majority of these signings proved to be far from successful.

Some have stuck around and managed to carve a career out with the Red Devils, while other big names were shunted out.

Here, SunSport rates LVG’s United signings out of ten during his topsy-turvey 2014-16 spell in charge.

The excitement was real when the free-scoring Falcao signed for United for a sizeable loan fee.

But he scored a miserable four goals for the club in 26 games. He joined Chelsea but still couldn’t hit a barn door before rediscovering his form for Monaco. 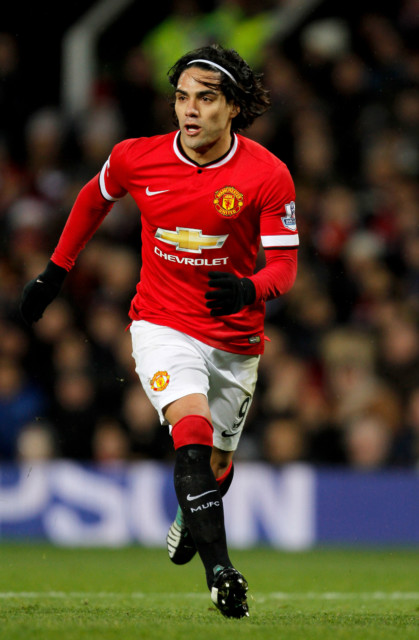 Manchester United thought they were getting a lethal striker in Falcao

Like Falcao, Blind joined United with big things expected of him, and left the club to star for his new employers, Ajax.

But at Old Trafford his fellow Dutchman Van Gaal didn’t seem to know whether he was a full-back or centre-half. Funnily enough, he’s now playing defensive midfield for Ajax.

Rojo was signed after he was named in the Team of the Tournament for his performances for Argentina in the 2014 World Cup.

But United fans will wonder whether they signed the right player. Uncomfortable and erratic at centre-half and left-back, he is currently out on loan to Estudiantes.

Rivals his fellow South American Falcao in the ‘disastrous’ category of transfer – and cost an arm and a leg too.

United fans believes finally they had a replacement for Cristiano Ronaldo – in reality they ended up with another Bebe. One season and three goals later he was shipped off to PSG. 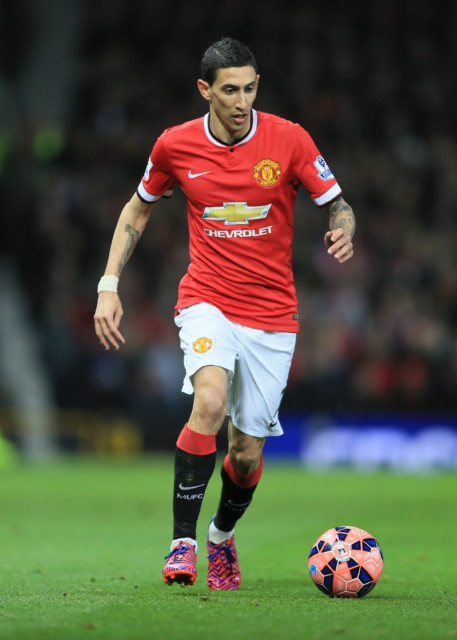 Strange how Herrera only seemed to be appreciated by the fans rather than managers during his time at Old Trafford.

Tenacious and a scrapper despite his slight frame, Herrera, unlike many of those around him, showed he was up for the fight to establish United back to former glories.

Ended up seeing out his contract and joining PSG on a five-year contract last summer.

Shaw is still yet to achieve the potential that saw United pay Southampton £33m.

Injury and general fitness issues have stunted his development, but he’s still only 24 and an England international so he’s got plenty of time to convince.

Harshly given a 0/10 here, but that’s because he never even featured for United.

A deal with his club Vojvodina was agreed, and he would stay for one more season there on loan. But he failed to get a work permit for United and was released.

Despite not even being first-choice, he rivals Herrera as one of Van Gaal’s best signings.

A reliable back-up for David De Gea, Romero was signed when the former looked to be joining Real Madrid. He usually plays in cup competitions.

The Schweinsteiger of the mid-2000s was one of the best central midfielders out there.

The one United signed was half that version, struggling with injury and fitness issues. Ended up seeing out his career with Chicago Fire in the MLS. 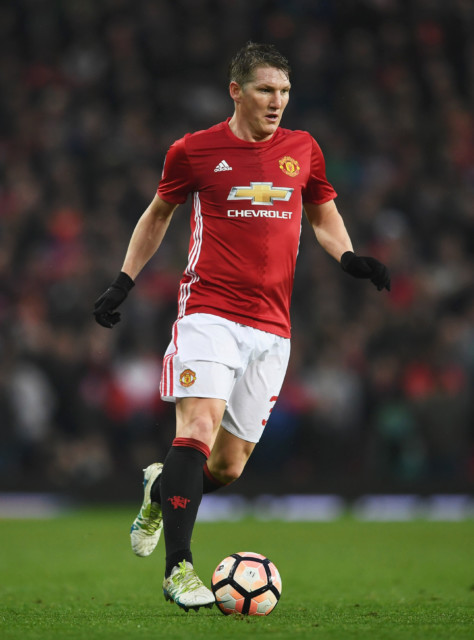 Bastian Schweinsteiger struggled to see out games for Manchester United

The Spaniard played just two games for United after agreeing an 18-month contract after spending his career at Barcelona.

But Van Gaal alleged that Valdes refused to play a reserve game in the 2014/15 season and his United career was doomed.

Memphis was criticised for his defending by Van Gaal not long after signing for the club.

He has since gone on to convert from a winger to a striker – and unsurprisingly moaned that LVG didn’t understand where his talents laid. 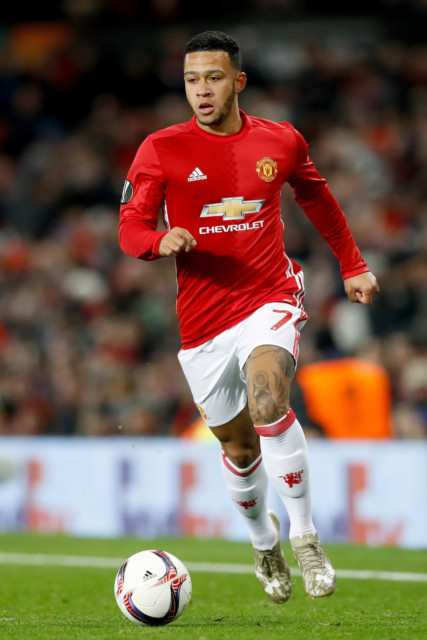 He might have flopped at United, but Memphis has been a big hit at Lyon and with Holland

The big surprise is how United managed to recoup £22m of the £24m they shelled out for Schneiderlin from Southampton.

He’s now struggling to find his form at Everton after a miserable spell at Old Trafford that yielded just two goals and a handful of assists.

Darmian managed just 60 appearances in four seasons at Old Trafford and never made the right-back spot his own.

Now playing for Parma in his homeland, he’ll be forgotten about by United fans in a few years.

A real Jekyll and Hyde player – sometimes he looks like the world class striker United thought they were getting.

But other times he just doesn’t look very happy at Old Trafford. Despite constant transfer speculation it seems United are desperate to unlock the obvious talent.