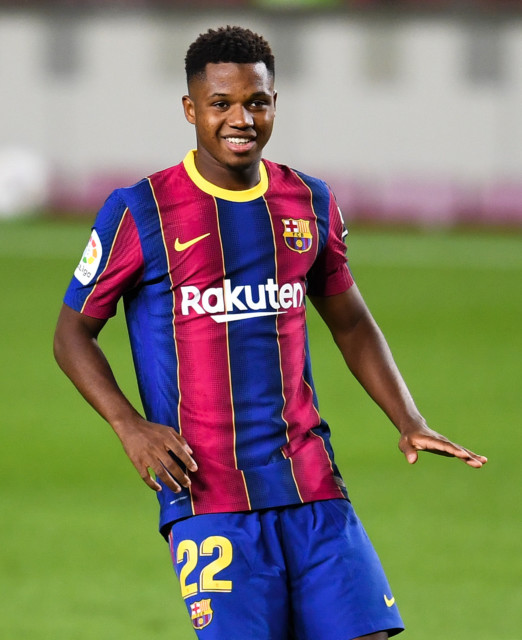 MANCHESTER United tried to activate Ansu Fati’s £154million release clause to sign him but were too late, incredible reports from Spain suggest.

The 17-year-old Barcelona wonderkid caught the eye of the Premier League side, but their gambit failed after Barca officials moved quickly to hike the clause up to £363m in his new contract.

Fati is already in demand at only 17

It was reported over the weekend that the teenager had attracted a monster bid, but now information from Spain suggests that Manchester United were the club who submitted it.

The report comes as the Red Devils refuse to stump up the cash to meet Dortmund’s asking price for Jadon Sancho.

They are also reportedly unwilling to go as high as Porto’s £18m valuation of Alex Telles, preferring to try and nab him for free next year.

Despite a stingy approach to those moves, Spanish source RouteOneFootball claim Man United went all out for Fati.

They attempted to trigger his £154m clause, which would have obliged Barcelona to accept the offer.

But Old Trafford chiefs apparently did not realise the Catalan club had already upped the price to £363m, ending their hopes of an audacious signing.

Fati hit a brace as Barca ran out 4-0 winners against Villarreal in their opening La Liga match of the season.

He was also officially promoted to the first-team last week after being handed the No22 shirt left vacant by Arturo Vidal. 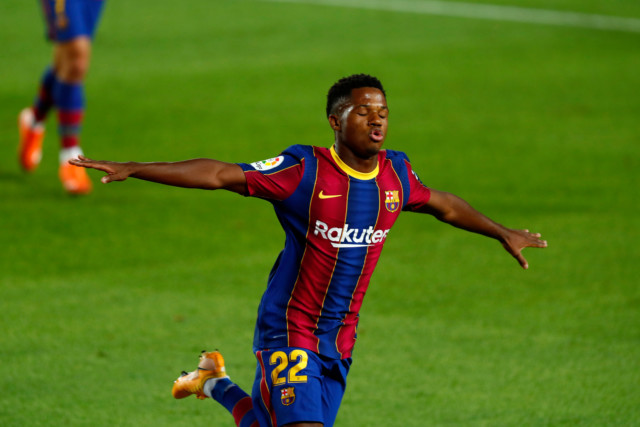 His new deal, which expires in 2024, is a two-year extension that helps guarantee his future – along with the £211m rise in his release clause.

The teen became the club’s second youngest player when he made his debut last August at the age of 16 years and 298 days.

Fati then announced himself as the club’s youngest ever scorer just six days later.

The records continued to go and last September he became the youngest player in La Liga history to score and assist in the same game.

Fati appears to be just one of a number of players United are eyeing if they can’t get the Sancho deal done in time.