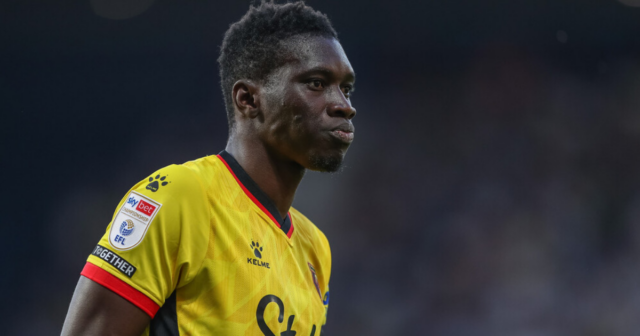 90min claims the Senegal star has forced his way on to Erik ten Hag’s shortlist after last night’s wonder goal against West Brom.

Sarr, 24, has previously been linked with an Old Trafford switch.

And United could step up their hunt after pulling out of a controversial move for Bologna’s Marko Arnautovic.

Sarr is starting his fourth season at Watford following last term’s relegation to the Championship.

He has 25 goals in 94 games for his club, as well as ten strikes for Senegal.

And Sarr could be the solution to Ten Hag’s attacking crisis.

Cristiano Ronaldo wants to quit Old Trafford, while Anthony Martial is out injured.

United were hoping to land versatile Arnautovic to provide cover.

But they have now ended their interest after having a bid rejected by Bologna.

It means Sarr may be the man Ten Hag turns to before deadline day.

And the wide-forward is sure to welcome a return to England’s top flight.

A transfer fee has been struck with his club.

And personal terms are thought to be close, with the Frenchman keen on the switch.