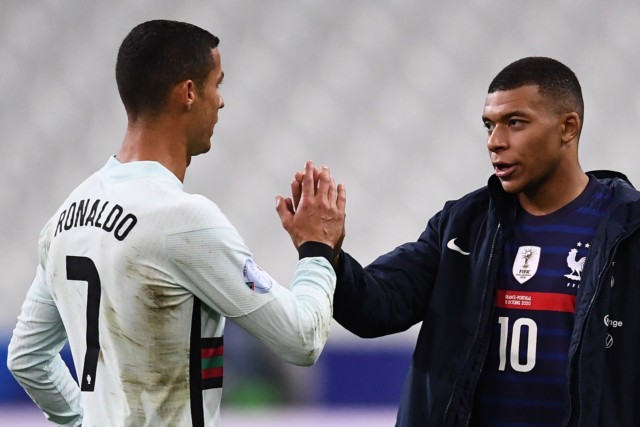 CRISTIANO RONALDO’S positive Covid test has sparked Premier League fears that he could be a superspreader.

The Portuguese football federation did not reveal when Ronaldo, 35, tested positive for coronavirus, however the news emerged just two days after he played against France in Paris.

Ronaldo appeared to be fine on Monday evening — posting a picture on Instagram of himself out for dinner with his Portugal team-mates.

Ahead of their next game against Sweden this evening, the statement added: “Following the positive case, the remaining players underwent new tests on Tuesday morning, all with a negative result, and are available to train.”

There are now concerns over whether Ronaldo spread the virus to any French  stars before, during or after their game at the weekend.

Stars from the Portugal camp who play in the English top flight will also be retested ahead of the Sweden clash – and United’s Bruno Fernandes could miss four matches.

Ronaldo was seen interacting with several Les Bleus players on the pitch and in the changing room, notably Paris Saint-Germain’s Kylian Mbappe. 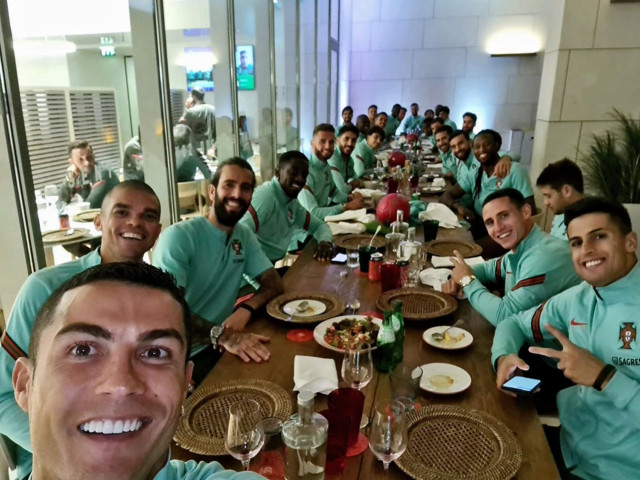 Ronaldo with the Portugal team at a dinner on Monday night 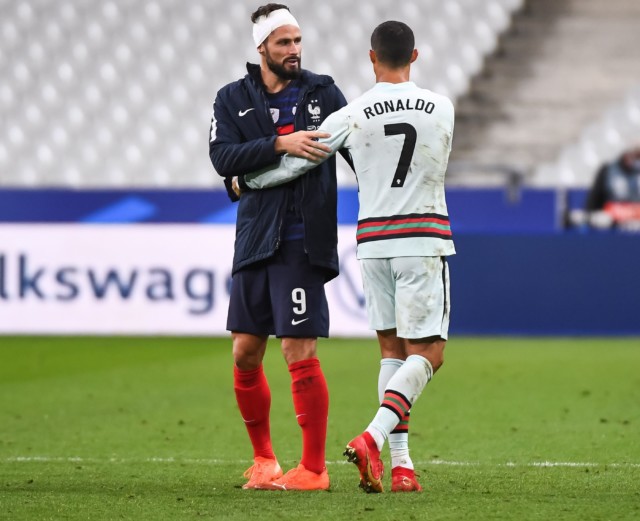 The Parisians will now be sweating over the fitness and health of their star forward.

Ronaldo was also spotted shaking hands and interacting with several children ahead of kick-off.

French substitute Eduardo Camavinga, 17, also swapped shirts with Ronaldo, posting a picture on Instagram claiming he would “never wash it”. But he may now have to discard it in case of contamination.

The positive test comes just a week after Liverpool and Arsenal managers Jurgen Klopp and Mikel Arteta put forward their worries over sending their players off on international duty during the  pandemic.

Ronaldo infuriated Juventus by taking part in the international break with Portugal.

He left the Old Lady’s  bio-bubble, along with five other team-mates, following two positive cases from  external staff members.

And Ronaldo could now be put of a clash with rival Lionel Messi in the Champions League next week.

Juventus midfielder Aaron Ramsey was made to miss Wales’ clash with England after deciding to follow club orders and isolate.

And to make matters worse, the Juve stock market price has fallen by 2.22 per cent since Ronaldo tested positive.